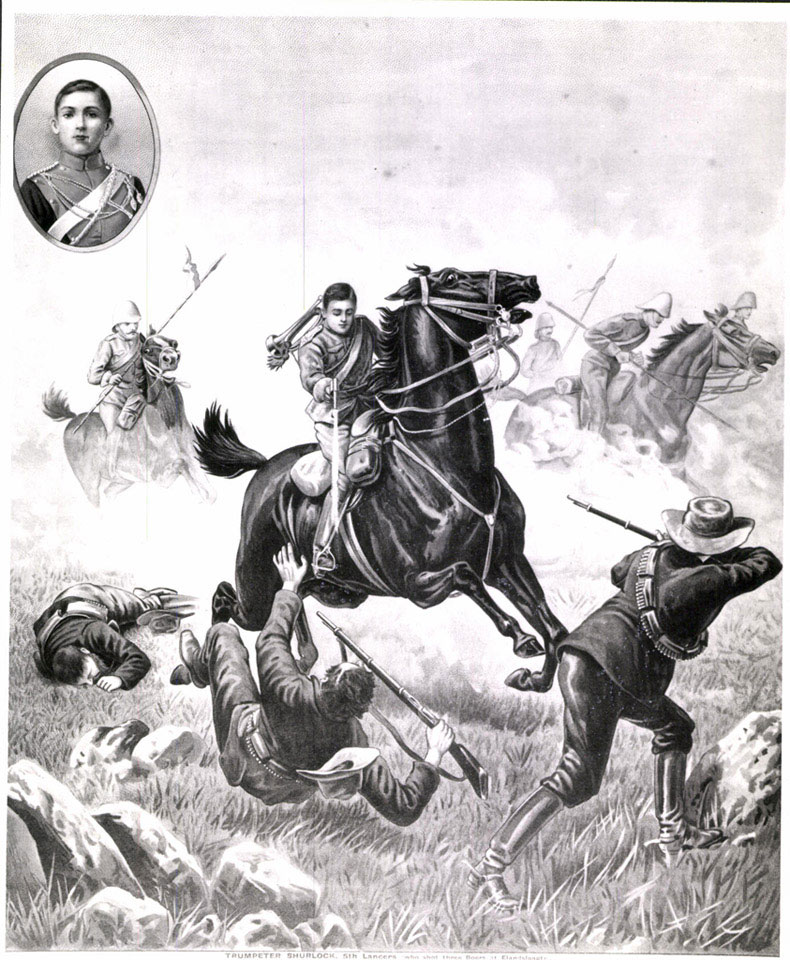 During their invasion of Natal the Boers captured the railway station at Elandslaagte, cutting communications with Ladysmith and Dundee. The British responded on 21 October 1899 by driving them out of this position by the skillful deployment of dismounted units from the Imperial Light Horse and three battalions of regular infantry.

As the Boers mounted their horses and started to retreat, the 5th Dragoon Guards and 5th Lancers charged them three times as darkness was setting in. Many Boers were cut down and two field guns were captured. During the charge, 14-year-old Trumpeter Sherlock shot three Boers with his revolver.