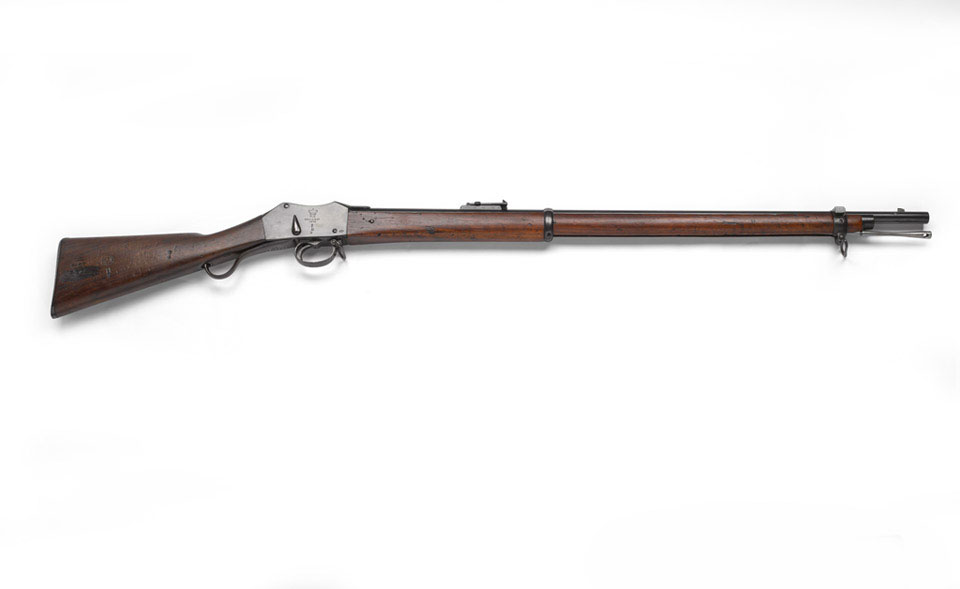 The Martini-Henry breech-loading rifle was first issued to British troops in 1874 and with minor modifications was employed for the next 20 years. During this period it was the primary weapon in the many colonial conflicts of the period. Properly used by well disciplined troops it was a devastating weapon, but the rifle had several disadvantages. Firstly, it was a single-shot weapon and secondly, the cartridge was prone to jamming, especially during periods of rapid firing. In addition, the recoil was excessive.