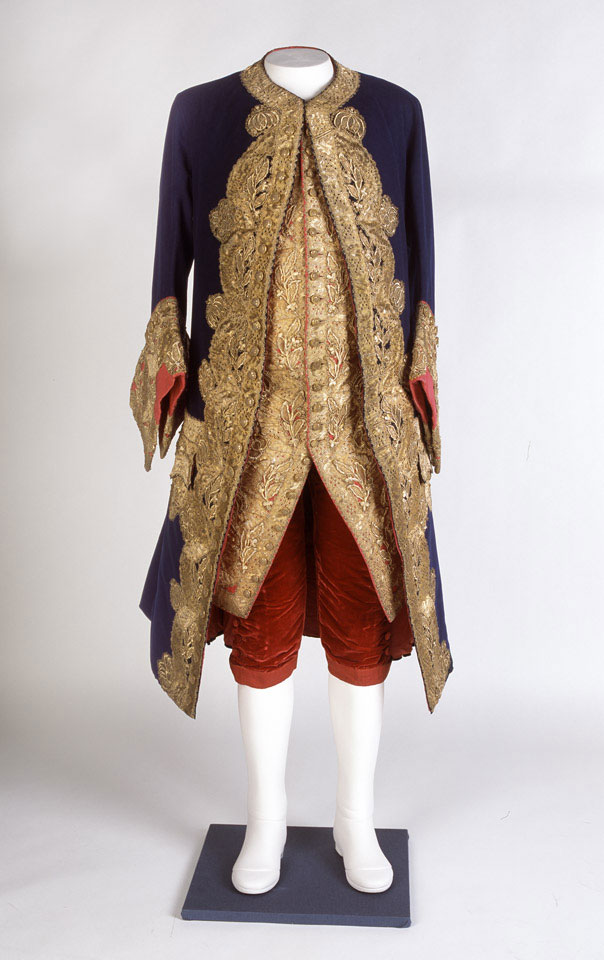 In France, the figure of King Louis XIV and his court established a standard of grandeur to which other European monarchs sought to aspire, but never equalled. Such opulence can be seen in this magnificent coat which would have been worn by a French General Officer or Marshal during the period of the Nine Years War (1688-1697) or the War of the Spanish Succession (1702-1713).

The coat is made of a fine quality heavy cloth in a colour known as 'Prussian blue', with silk cuffs. The ornate covered buttons are richly worked in the French style with gold spangles and wire. The skirts of the coat are very full and flared, indicating that it would have been worn by a mounted officer.