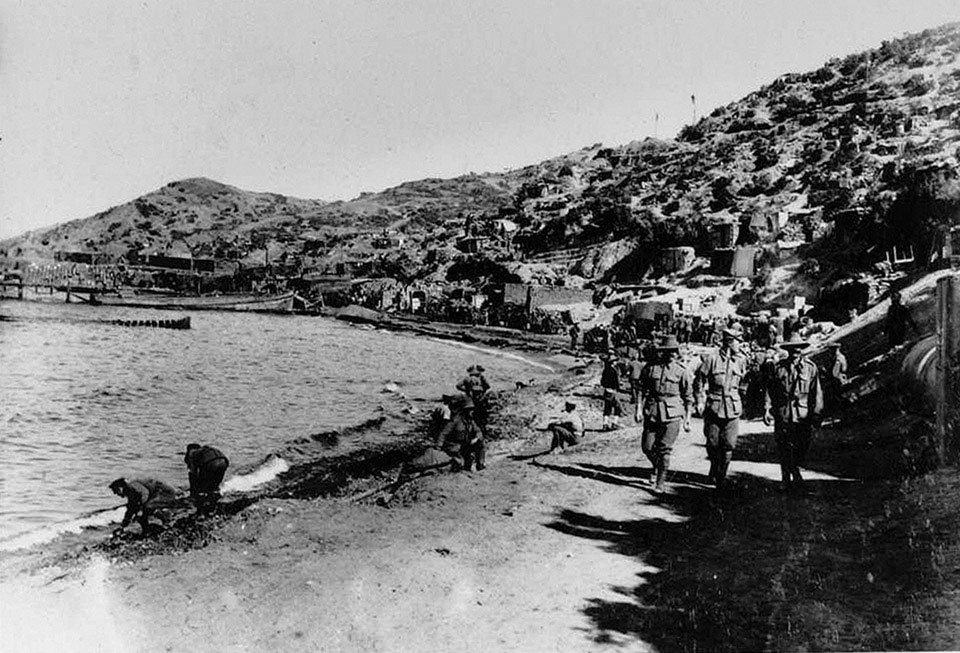 On 25 April 1915 soldiers of the Australian and New Zealand Army Corps (ANZAC) landed at Gaba Tepe on the Gallipoli peninsula in Turkey. The small cove in which they landed soon became known as Anzac Cove. Despite repeated attempts to break out and link up with another landing further south at Cape Helles, their campaign became bogged down. Anzac was finally evacuated in December 1915.