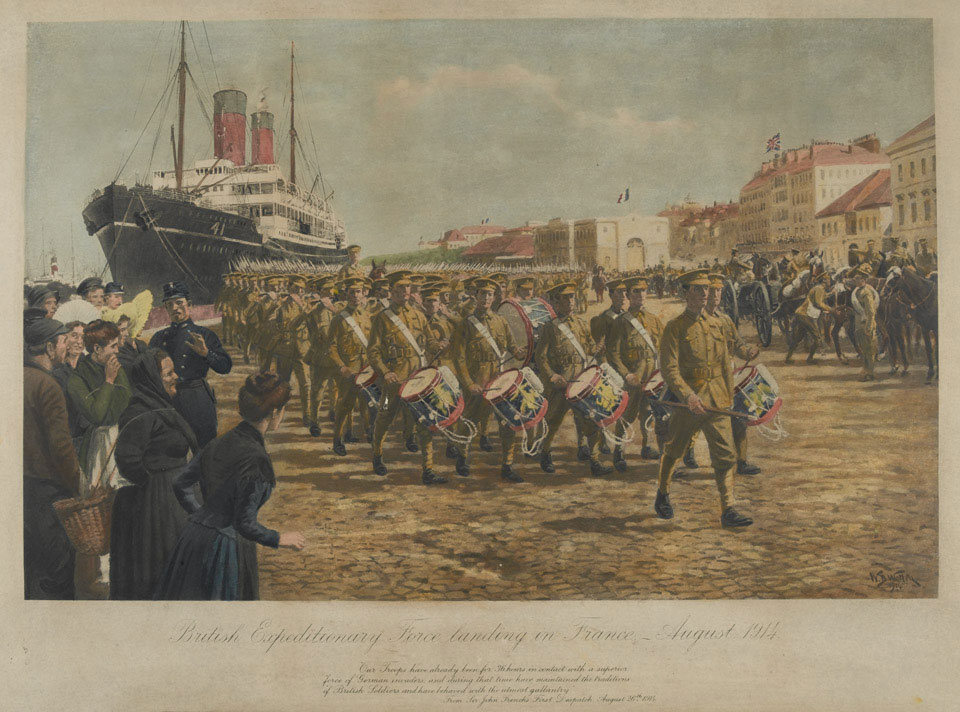 Photolithograph after W B Wollen, 1914.

On 4 August 1914 the Germans invaded Belgium in order to attack France. This violation of Belgian neutrality led to a British declaration of war on Germany and mobilisation of the Army. The British Expeditionary Force (BEF) was shipped to Le Havre in France and then entrained to a concentration area on the left of the French 5th Army near Maubeuge on the Belgian frontier. This placed the BEF squarely in the path of the German 1st Army as it advanced through Belgium.