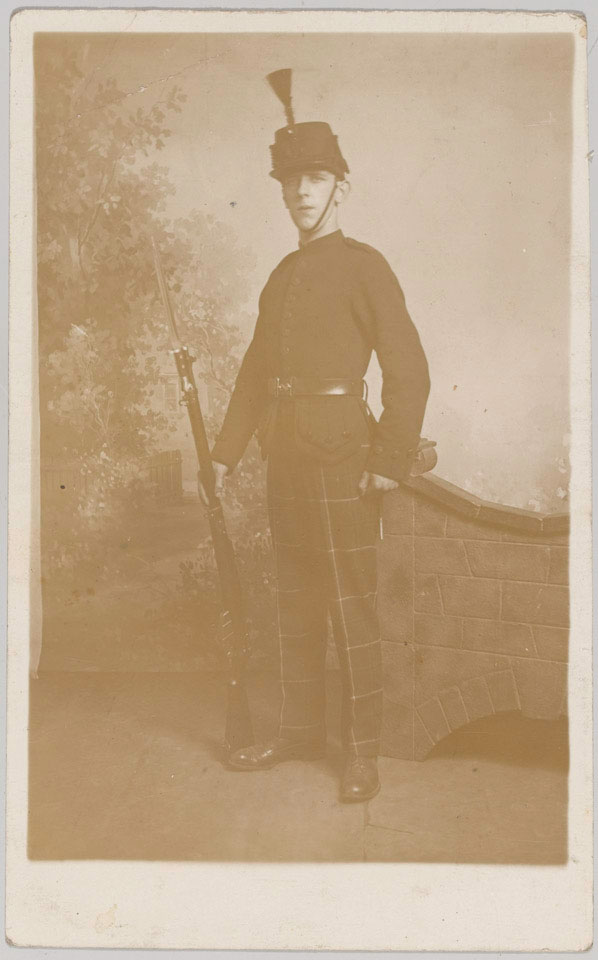 A private of the Cameronians (Scottish Rifles) in full dress, 1910 (c)

The Cameronians were Scotland's only rifle regiment. They were formed during the 1881 reforms by merging the 26th (The Cameronians) Regiment of Foot and the 90th Regiment of Foot (Perthshire Volunteers) (Light Infantry). These became the 1st and 2nd Battalions respectively of the new regiment. It was designated as a rifle unit rather than regular infantry and recruited from Lanarkshire, Dumfriesshire and Galloway.