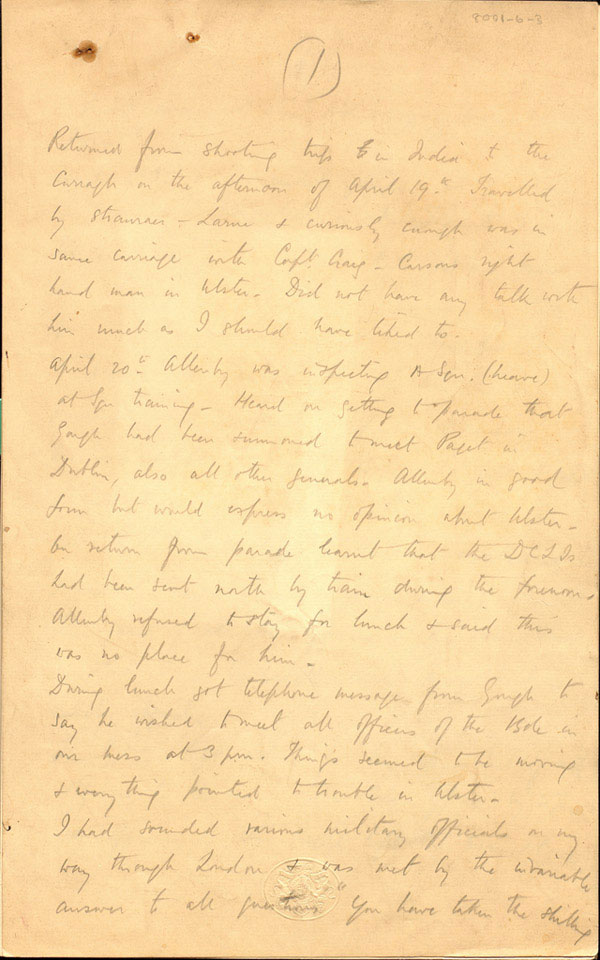 In 1914 Home Rule legislation, designed to grant Ireland self-government within the United Kingdom, was being passed by the British parliament. This faced fierce resistance from Protestant unionists in the northern province of Ulster, throwing Ireland into a serious crisis. To implement the policy the British government contemplated carrying out military action in Ulster. Many British officers based at the Army's main Irish base at Curragh strongly sympathised with Ulster unionism and threatened to resign rather than carry out such a plan. In the face of this resistance the plans were withdrawn and publicly disowned by the government. This event has been seen as being a mutiny, although it did not involve any officers failing to carry out orders that had been issued.