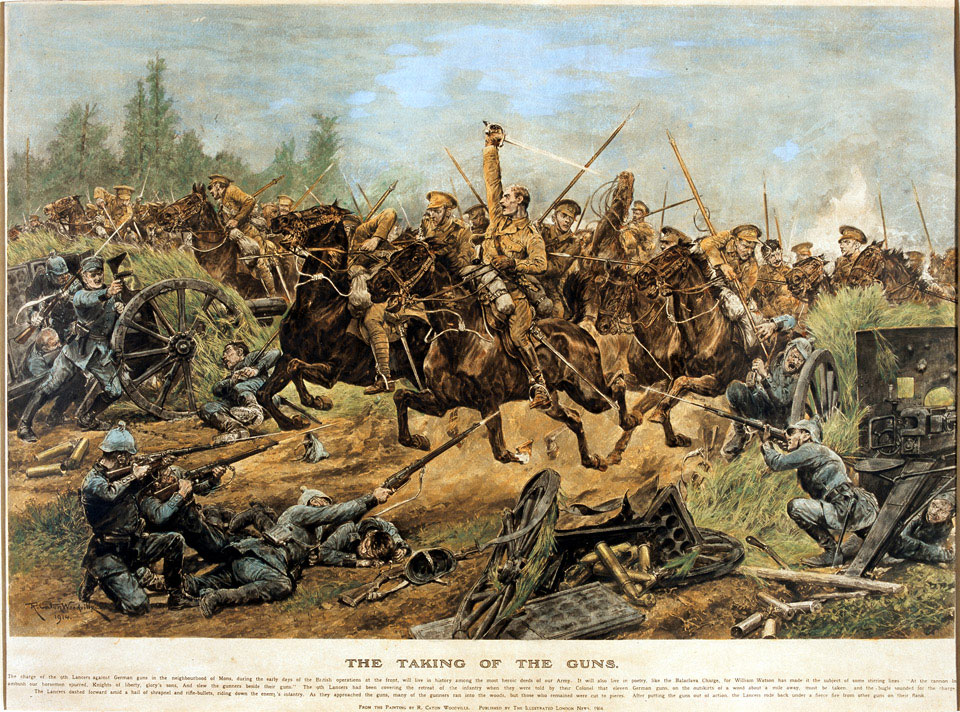 Although not the first action of World War One (1914-1918) for which the Victoria Cross was awarded, Grenfell was the first to be gazetted, that is, officially listed in 'The London Gazette' as a recipient. The citation was for 'gallantry in action against unbroken infantry at Audregnies...and for gallant conduct in assisting to save the guns of the 119th Battery, Royal Field Artillery, near Doubon the same day'. Grenfell was killed in action at Hooghe near Ypres on 24 May 1915.