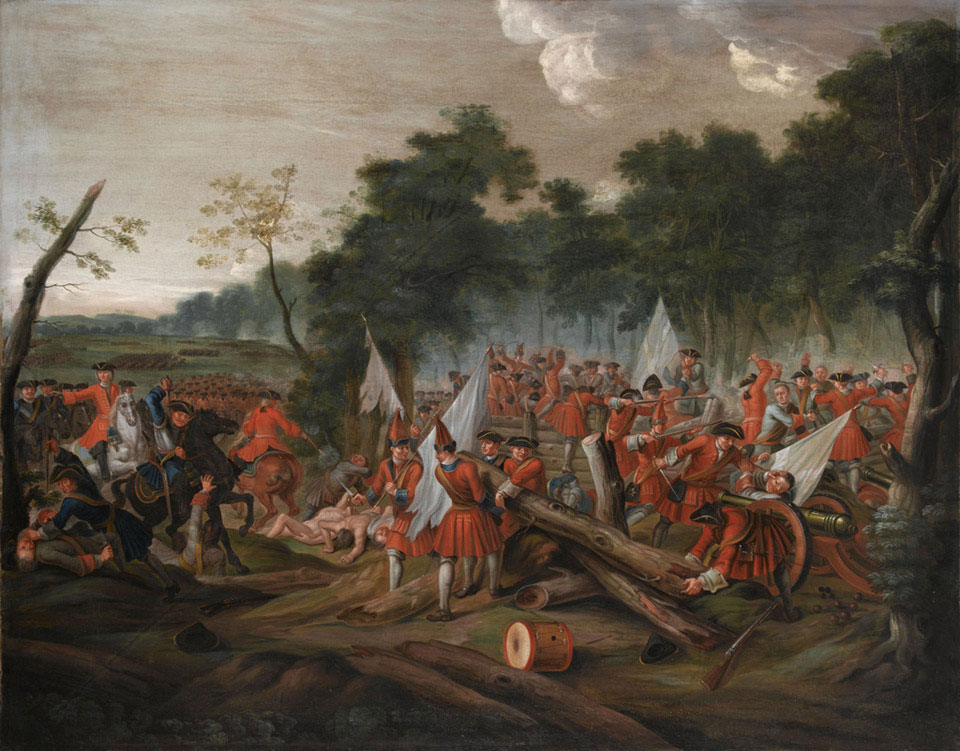 Malplaquet was fought between the Allied army under the Duke of Marlborough and Prince Eugene, and the French army under Marshal Villars. The French occupied a strong defensive position around the wood of Tanières. After desperate hand-to-hand fighting the Allies won the day but lost over 20,000 men. These were some of the heaviest casualties seen in eighteenth century warfare and Marlborough's popularity declined as a result.

In 1713, the French artist Louis Laguerre, godson of King Louis XIV of France, was commissioned by Sarah, Duchess of Marlborough to decorate the walls of Marlborough House in London. She ordered him to paint her husband's victories against the French during the Wars of the Spanish Succession (1702-1713). Ironically, Laguerre adapted the grandiose manner of French battle painting recently developed by his master, Charles Le Brun, at Versailles, in order to commemorate the British Duke's military achievements for his private residence. The murals are also noted for being among the first British paintings of contemporary events in modern rather than classical dress.

This painting and a companion in the Museum's Collection (see 1973-08-103) are thought to have been preparatory studies for the Malplaquet staircase at Marlborough House.