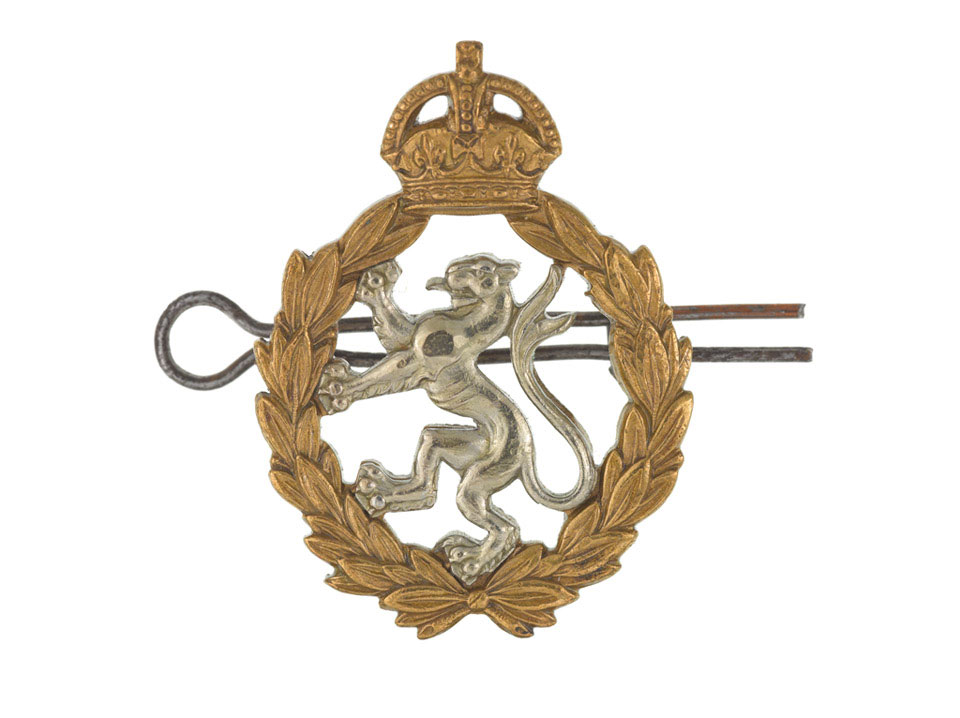 Made of gilding metal, with a laurel wreath surmounted by a monarchial crown. Within the wreath is a pierced white metal lioness rampant facing dexter. Reverse bears two copper loops and a split pin fitting.

The wreath and crown come from the badge of the Auxiliary Territorial Service (ATS) to indicate their continuity. As lions appear regularly in regimental badges, the lioness is symbolic of the service of women. This is the only example of a lioness appearing on an Army badge.

The Women's Royal Army Corps (WRAC) was formed in 1949. It absorbed what was left of the ATS and then sought to recruit more women into the Army. The motto the Corps adopted was, 'Suaviter in Modo, Fortiter in Re' (Gentle in Manner, Resolute in Deed). The WRAC was eventually disbanded in 1992 when women were integrated into the rest of the Army. This was the last time there was a separate corps for women in the British Army.