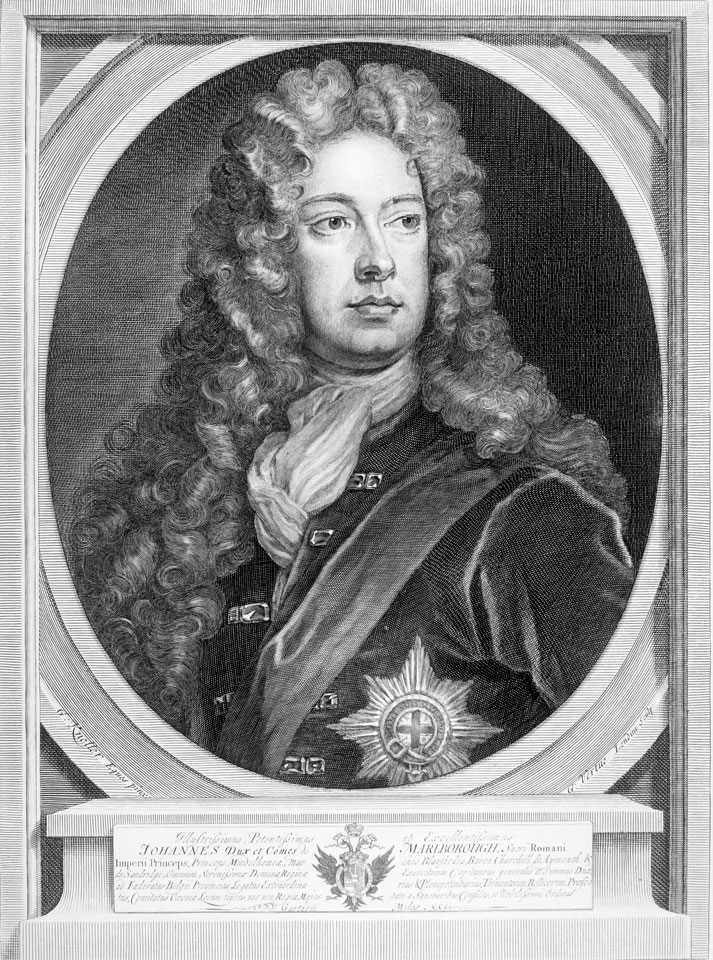 Marlborough (1650-1722) was one of the most successful generals in British history. His many victories made him a hero to the British people. But to his soldiers, Marlborough was a hero because of his concern for their welfare.

The Duke was also a skilful politician. From 1702 to 1711, during the War of the Spanish Succession, he led a coalition army of British, Dutch, and German troops against France, the greatest military power in Europe at that time. His string of successes saved Europe from French domination and preserved Britain's national independence. He was rewarded with a peerage and the Order of the Garter, which he can be seen wearing in the picture.

With the money granted to him by Parliament as a reward, Marlborough built Blenheim Palace, a few miles outside Oxford. The palace still stands today.