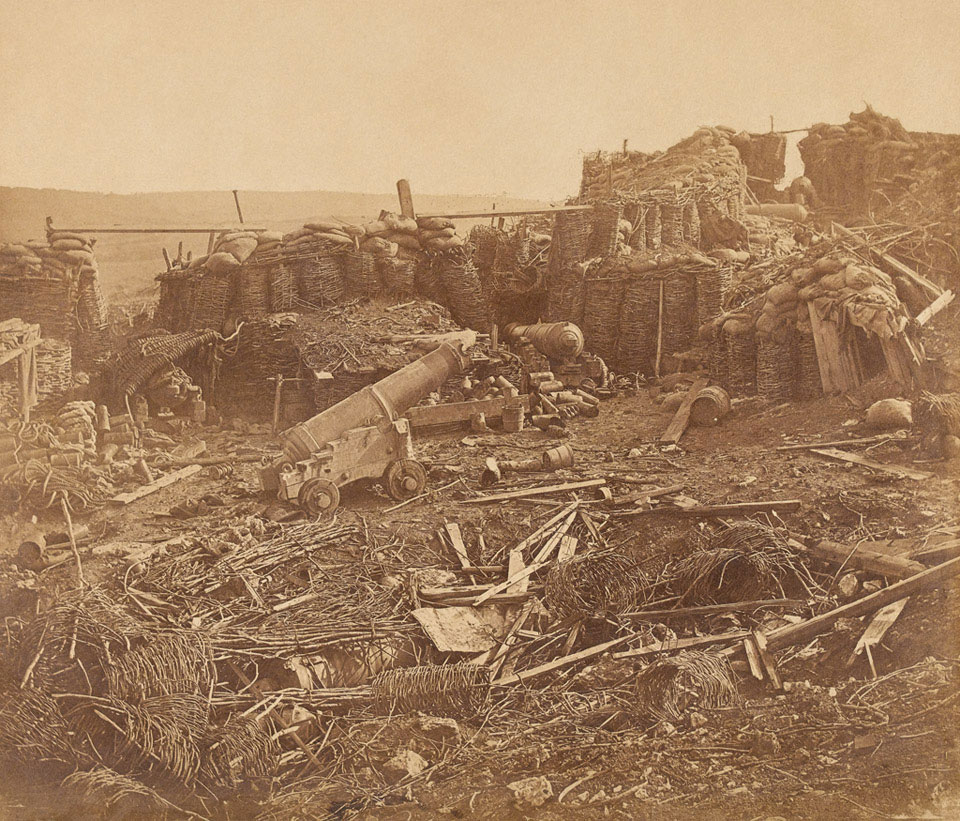 Interior of the Redan, Sevastopol, 1855

The Redan was one of the two main strong-points of Sevastopol's defences. During the siege of the town the British mounted two unsuccessful assaults upon this position. In their second assault on 8 September 1855 British troops succeeded in breaching the fortifications. However, they became pinned down by Russians firing from a barricade to the rear of the Redan and by refusing to advance further were forced into ignominious retreat. This picture graphically illustrates the ferocity of the fighting that took place here.