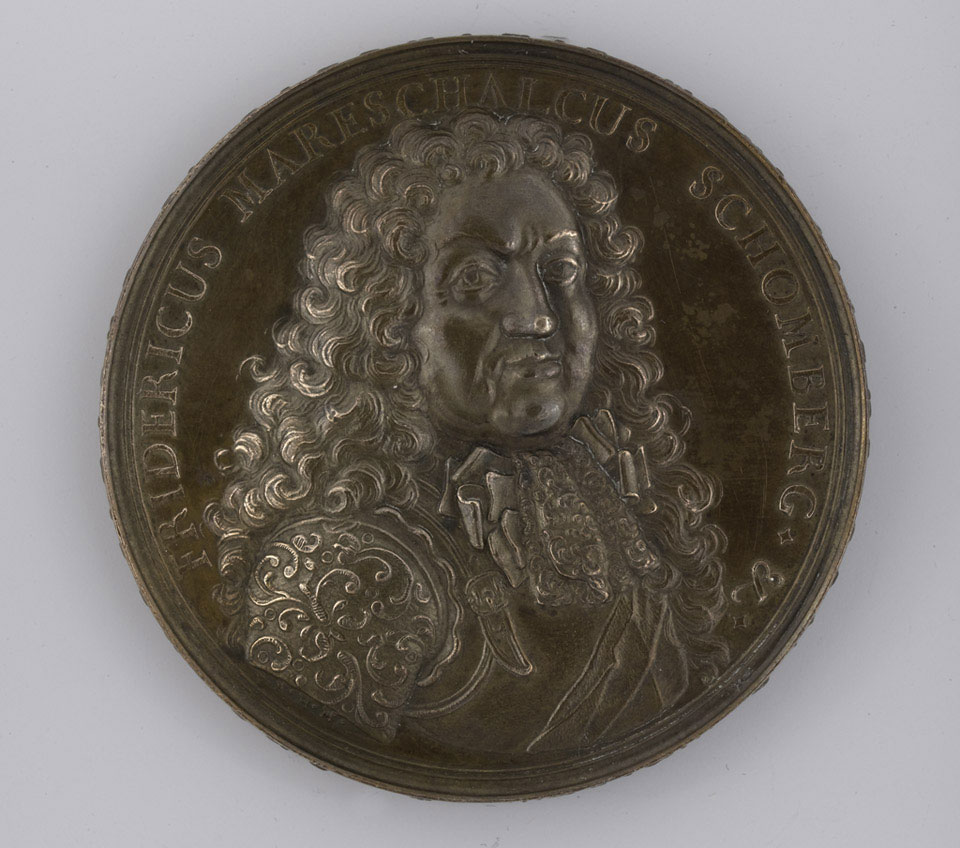 King James II's (1633-1701) attempts to secure religious toleration for Roman Catholics, and the dismissal of Protestant officers from his Army, led a small group of Protestant statesmen and Army officers to invite his son-in-law, William of Orange, to England. James fled and, in the 'Glorious Revolution' of 1688, a Protestant monarchy was reinstated under King William III and Queen Mary II. The obverse of this medal depicts a portrait bust of William in classical dress and armour. The reverse shows him holding a baton in his right hand, riding a rearing horse, under whose hooves are William's enemies from the Nine Years War (1689-1697).