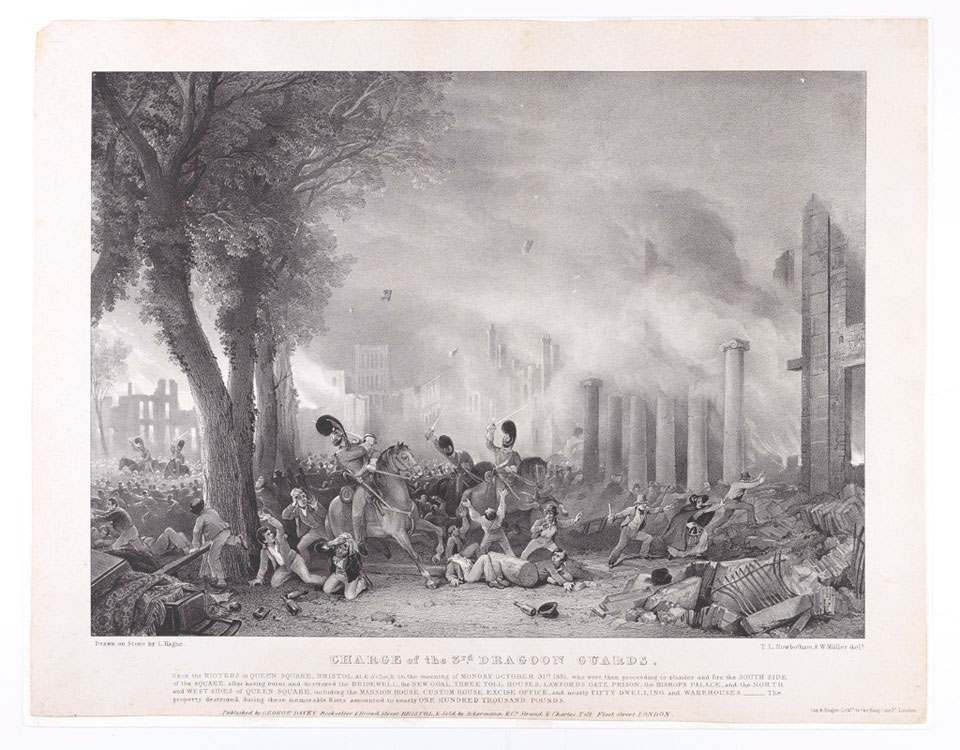 'Charge of the 3rd Dragoon Guards Upon the Rioters in Queen Square, Bristol, at 6 o'clock on the morning of Monday, October 31st, 1831'

The Bristol Riots of 1831 took place after the House of Lords rejected the Second Reform Bill which would have extended the franchise. Only 6,000 people in Bristol had the vote out of a population of 104,000. The bill would have given representation to the rapidly expanding industrial towns of Britain, most of whom did not have MPs.

The riots, which lasted from 29 to 31 October 1831 were sparked by a confrontation between an angry crowd supporting parliamentary reform and the ultra-Tory Recorder of Bristol, Sir Charles Wetherell, who embodied the old order in Parliament and the Corporation of Bristol. The large crowd responded by burning down the houses of the rich and powerful, including the Bishop's Palace, the Custom House and the Mansion House. The mob also released prisoners from the gaols. The 3rd (The Prince of Wales's) Dragoon Guards attacked the crowd and several people were killed and hundreds more severely wounded. Over 90 protesters were sent to prison and four were hanged.