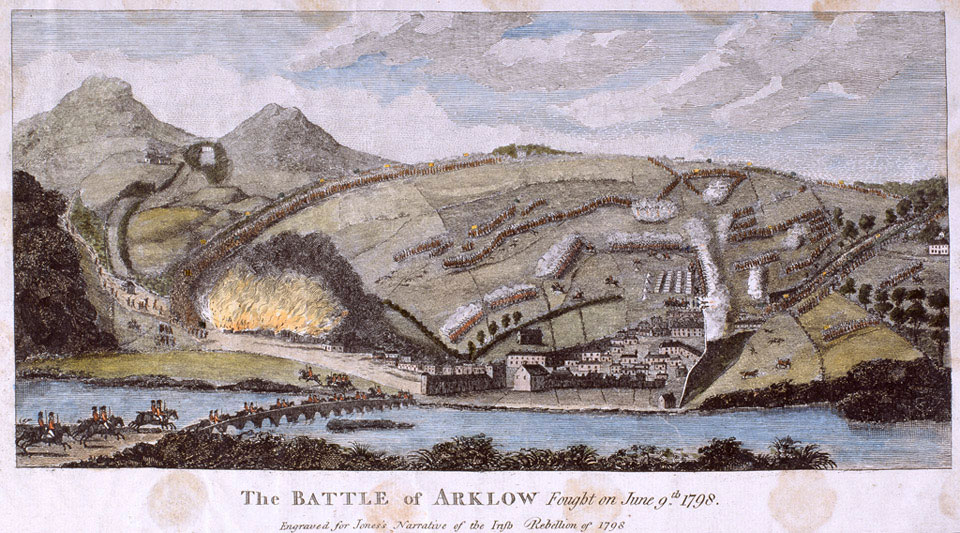 Colour engraving from Jones's 'Narrative of the Irish Rebellion of 1798', after a drawing by Captain John Holmes, Loyal Durham Fencibles, 1798.

In 1798 a rebellion against British rule broke out in Ireland, instigated by an underground republican group known as the Society of United Irishmen. Whilst uprisings sprang up in many counties, only in County Wexford did the rebellion succeed in gaining momentum. Having secured key towns in Wexford the rebels then attempted to breakout of the county and spread the rebellion across the country. However, these efforts ended in failure, when their forces were bloodily repulsed at New Ross, Newtonbarry (now Bunclody) and Arklow. Following these setbacks, the rebels withdrew to Vinegar Hill near Enniscorthy to regroup, but here they were crushed by government forces on 21 June.