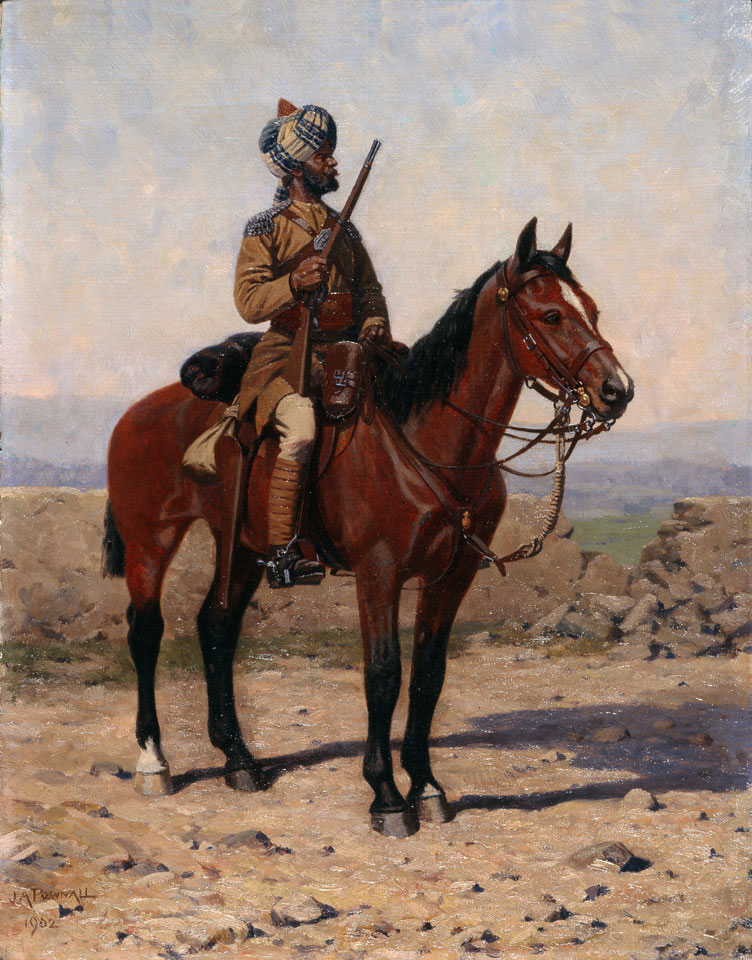 This work depicts a mounted sowar, or trooper, holding a carbine. The Corps of Guides was raised in 1846-1847 by Lieutenant (later Lieutenant-General Sir) Harry Lumsden (1821-1896). In 1886, as part of the later 19th century reform of the Indian Army, the Guides were transferred from the control of the Governor of the Punjab to that of the Commander-in-Chief. The cavalry regiment was later numbered 10th in the 1922 reorganisation of the Indian Army.