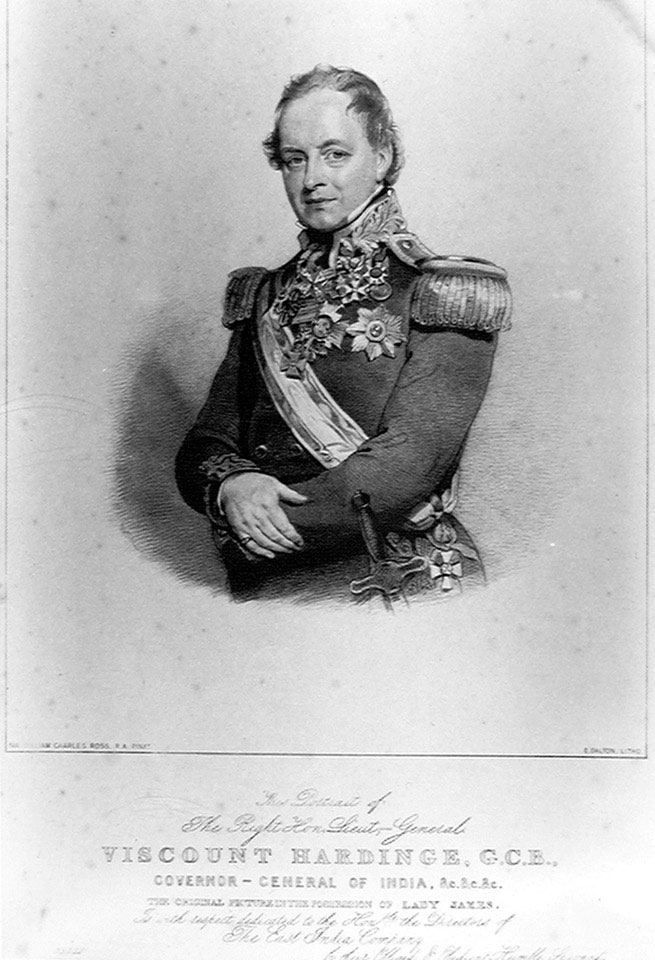 A veteran of the Corunna retreat (1809) and seriously wounded at Ligny (1815) while in attendance on the Prussian General Blucher (Hardinge's left hand was amputated - the empty sleeve is clearly visible in this print), Hardinge had a distinguished administrative career in the British Army during the 1820s and 1830s. His term of office as Governor General of India, 1844-1848, was marked by many social and educational reforms, including the establishment of schools and the promotion of railways and irrigation. He magnanimously chose to serve under Lord Gough during the 1st Sikh War (1845-1846) and said that the Indian sepoys reminded him of Portuguese troops he had seen in action in the Peninsular War. He therefore increased their pensions for wounds received in action.