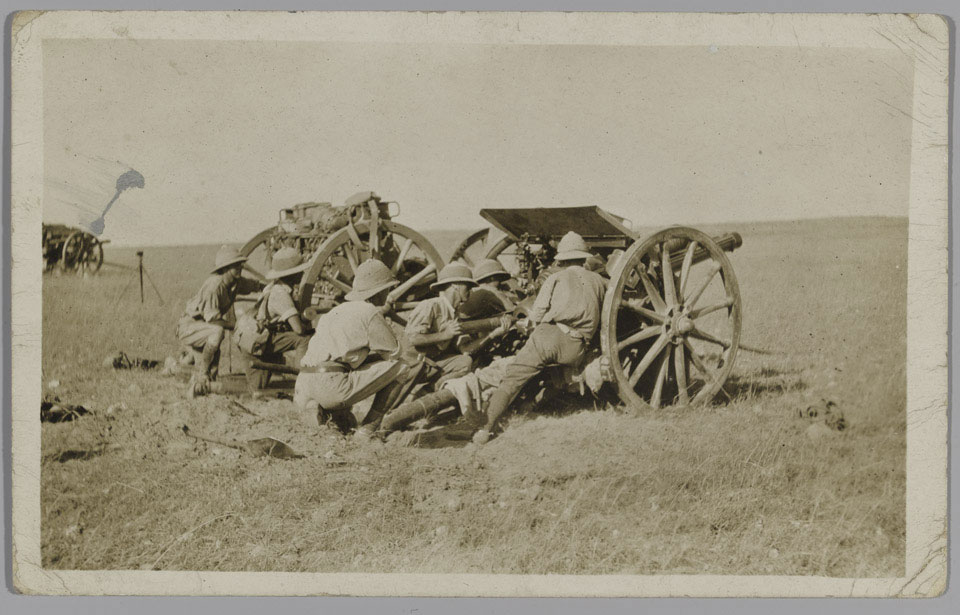 In 1903 two types of Quick Firing gun - a 13-pounder and an 18-pounder - underwent extensive trials, the 13-pounder being adopted for service with the Royal Horse Artillery and the 18-pounder by the Royal Artillery. By 1906 the regular divisions of the army were equipped with the new guns, which could both be fired at a rate of 20 aimed rounds per minute and were very accurate. As the World War progressed the 13-pounder came to be considered too light for the effective delivery of high explosive shells and it was relegated to fronts in the Middle East and Salonika.