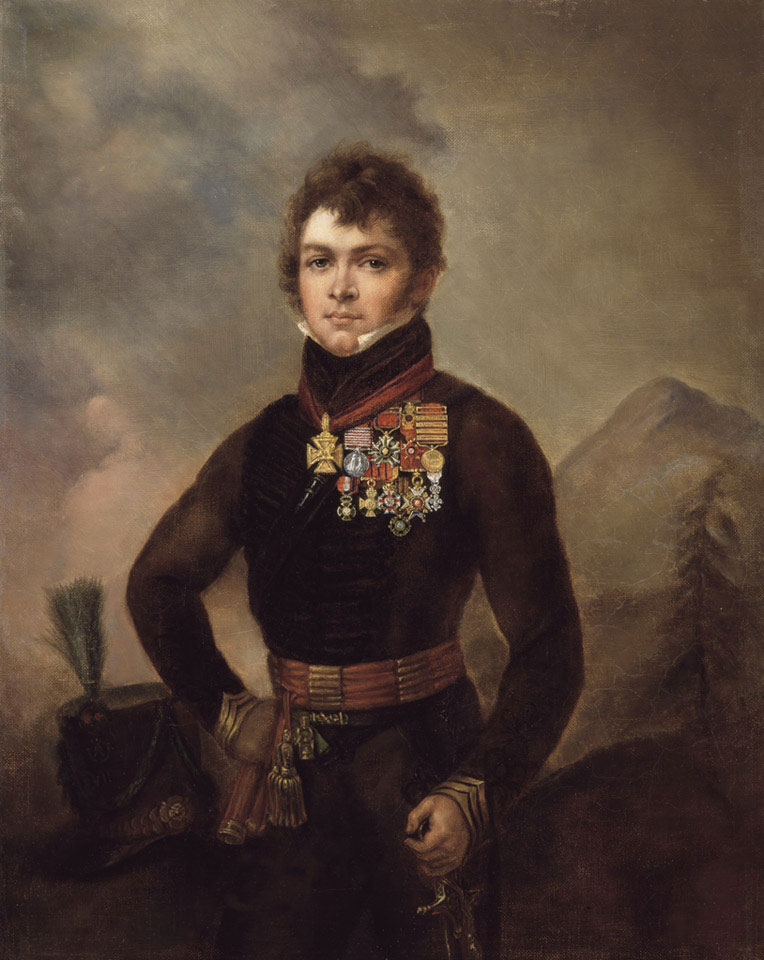 Lillie (1790-1868) joined the Army as an ensign in the 6th (or 1st Warwickshire) Regiment of Foot in 1807. In 1808 he was part of the first expedition to Portugal, during the Peninsular War (1808-1814). He joined the Portuguese Army in December that year as a captain in the Lusitanian Legion, and took part in various engagements in defence of Portugal. Promoted lieutenant in 1810, he fought at the Battle of Busaco (1810) and the retreat to the lines of Torres Vedras that year.

The contribution of the Army of Portugal to the Peninsular War is often underestimated, though it comprised up to one-third of Wellington's Army. Lieutenant-General Beresford was appointed to oversee its training, and it was he who raised the famous Caçadores or corps of light infantry. The 7th Caçadores was formed from a battalion of the Lusitanian Legion.

Lillie commanded the 7th Caçadores in several battles which included the Pyrenees (1813), Nivelle (1813), Orthes (1814), and Toulouse (1814), for which he received the Army Gold Cross. He also received the Military General Service Medal (1793-1814) with seven clasps for these engagements. At the Battle of Toulouse, he was severely wounded and left for dead on the battlefield for some 48 hours.

This painting is thought to have been painted in celebration of Lillie's marriage in 1820. However, many of the honours and awards he wears were added later: he was awarded the CB in 1831 and the Military General Service Medal was not issued until 1848.