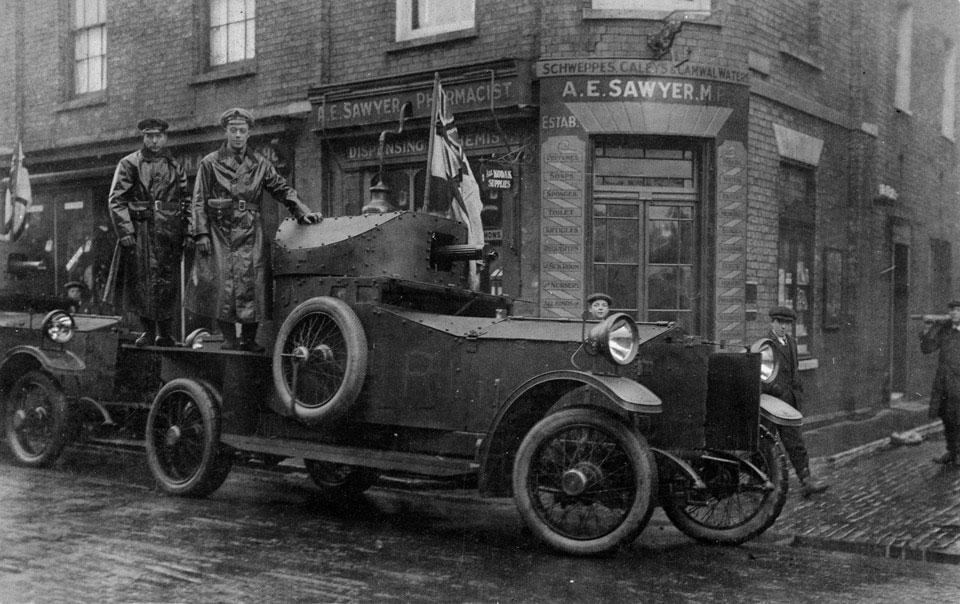 Although acting as the Royal Navy's air arm was its main role, at the start of World War One the RNAS was also responsible for Britain's earliest forays into mechanised warfare in the form of the RNAS Armoured Car Section. Made up of squadrons of Rolls-Royce Armoured Cars, they were intended to guard lines of communication and to rescue airmen who had been forced to land in enemy territory. However, the armoured car squadrons were instead used as mechanised raiding columns on the Western Front. As trench warfare developed the armoured cars could no longer operate and they were redeployed to other theatres. Nevertheless, many members of the Armoured Car Section went on to assist the Landships Committee in the development of the first tanks.