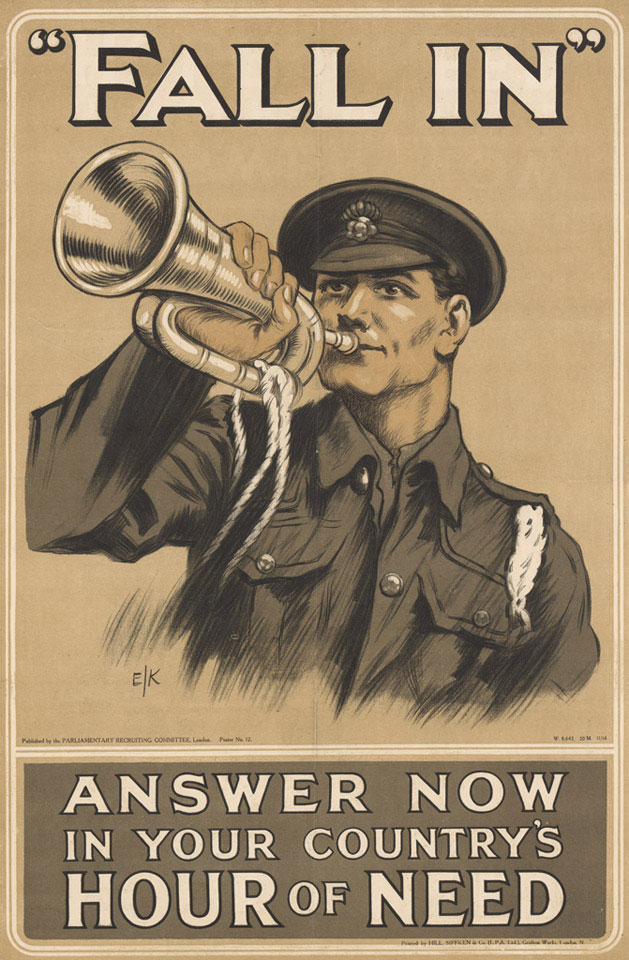 While many expected the First World War (1914-1918) to be 'over by Christmas', the Secretary of State for War, Field Marshal Lord Kitchener, realised the conflict would be long and on an unprecedented scale. He realised that Britain would have to create a mass army for the first time and appealed for volunteers for his 'New Armies' in August 1914. Recruitment officers were sent to towns, cities, factories and clubs. Propaganda posters were placed all over the country to persuade men to sign up.

As in the rest of Europe, the outbreak of war in August 1914 was greeted with popular acclaim in Britain. Around 30,000 men were enlisting every day by the end of August. Neither the Second World War nor more recent conflicts have generated anything like this degree of enthusiasm. Men enlisted for all manner of reasons, including patriotism, the desire to quit a boring job for an exciting adventure or the chance to see another country.