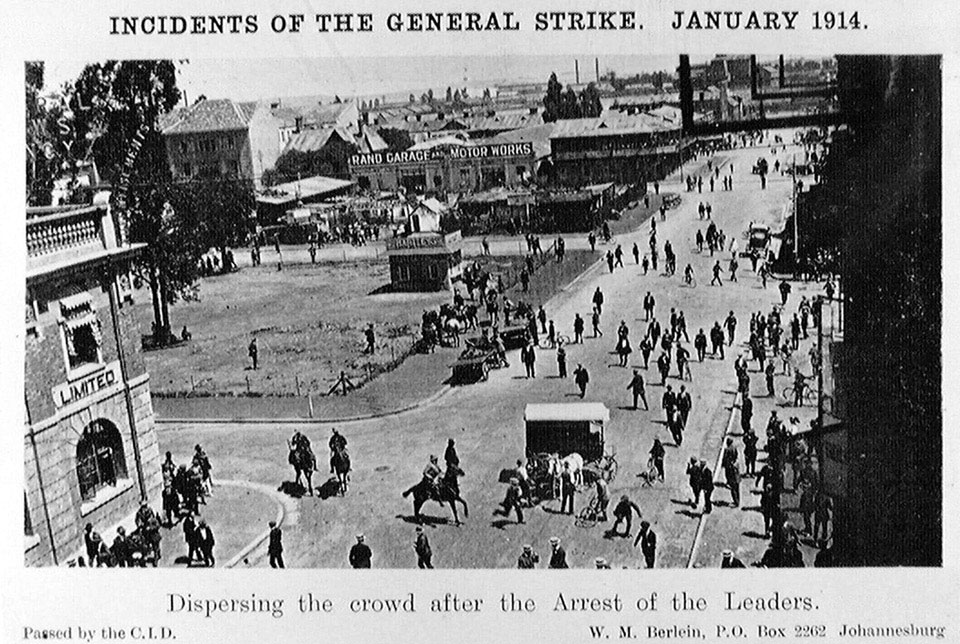 'Incidents of the General Strike. January 1914. Dispersing the crowd after the arrest of the leaders'

Towards the end of 1913 white coal miners in Natal went on strike; Syndicalists in Transvaal, who supported the transfer of ownership to industrial workers' unions, played on the fear of further retrenchment to organise strikes on the railways and, on 14 January 1914, the Federation of Trades brought in the gold-miners by declaring a general strike throughout the Union of South Africa. The Government responded by declaring martial law and 60,000 men were called up on commando or in the newly organised Union Defence Force regiments, which were mobilised on 10 January. The strike leaders were forced to surrender after a commando trained its guns on the Trades Hall, Johannesburg.

Some ten days after it had begun, the strike was crushed at the cost of two lives, but Jan Christiaan Smuts, minister of mines, defence and the interior, forefeited much of the prestige thus gained by illegally deporting nine syndicalists to Europe.