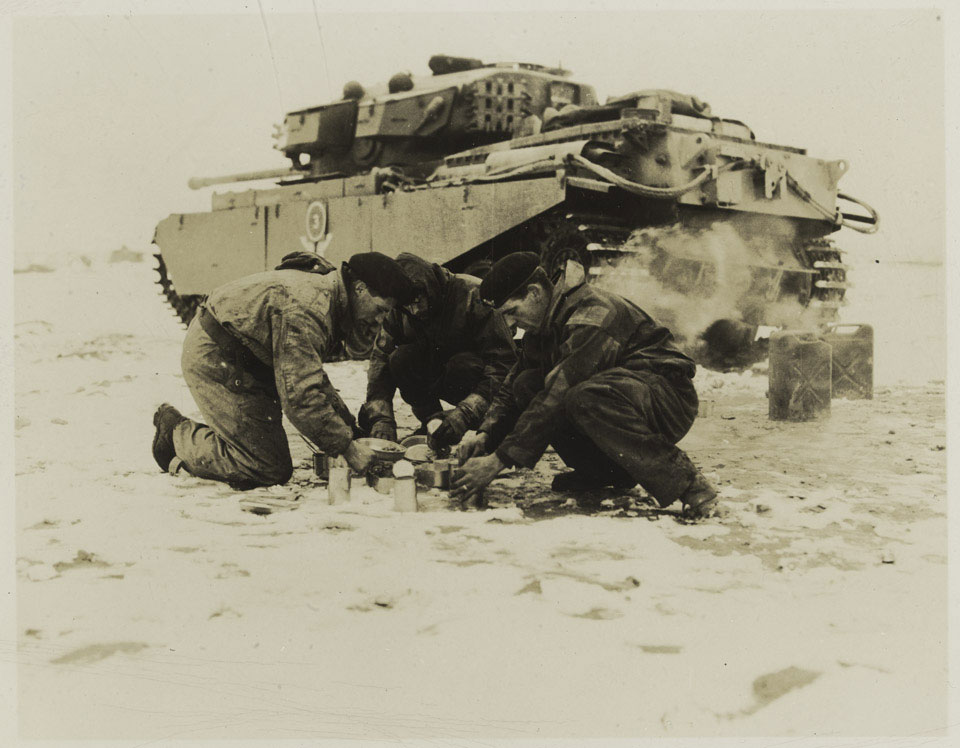 A tank crew from the 8th (King's Royal Irish) Hussars make a meal during their service on the Imjin, 1951

A squadron of the 8th Hussars played a key role in the Battle of the Imjin River (22-25 April 1951), assisting 29th British Independent Infantry Brigade Group's resistance to the Chinese Spring Offensive of 1951.