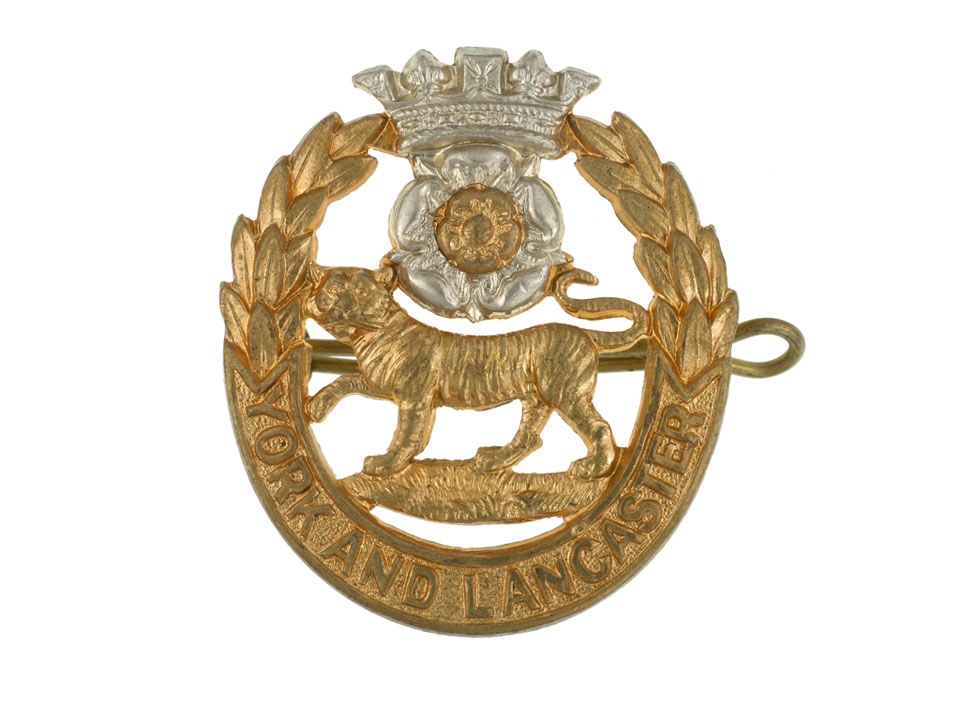 Cap badge, other ranks, The York and Lancaster Regiment, 1921 (c)

Bi-metal badge with a tiger passant gardant, surmounted by a white metal and gilt Tudor rose, below a white metal coronet of a sovereign's child; with a wreath and frosted scroll bearing the unit title, 'York and Lancaster'; on the reverse, two horizontally placed copper loop fittings and a brass split pin, apparently replacing an earlier slider fitting.

This regiment was formed in 1881 by merging the 65th (2nd Yorkshire and North Riding) and 84th (York and Lancaster) Regiments of Foot. Unusually, it took the regimental title of the junior regiment. Each regiment became a single battalion in the new unit. Its motto was 'Honi Soit Qui Mal Y Pense' (Shame On Him Who Thinks This Evil).