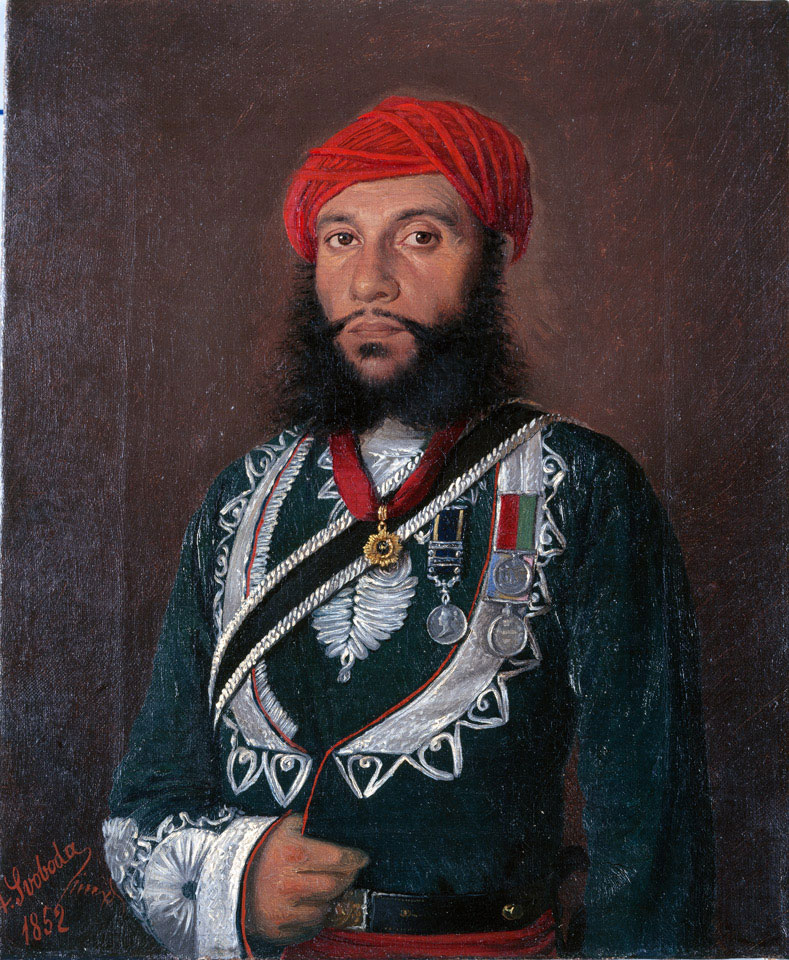 Mohubut (sometimes Mohbut) Khan was promoted to rissaldar of the 1st Regiment Sind Irregular Horse on 17 January 1846 and later awarded the Order of British India (second class) on 9 March 1852 (then in 2nd Regiment of Sind Irregular Horse). Khan was senior native officer in the regiment when he was pensioned on 30 March 1855, with a pension of 25 rupees a month. He is mentioned several times in the records of the Scinde Irregular Horse, and was recommended for the Indian Order of Merit.

The 2nd Regiment was raised in 1809 by Lieutenant-Colonel William Linnaeus Gardner (1770-1835). From 1850 it was stationed at Peshawar (now in Pakistan) and was still there in 1852 when this picture was painted. It did not mutiny in 1857, and Gardner's Horse exists today as a regiment of the modern Indian Army.