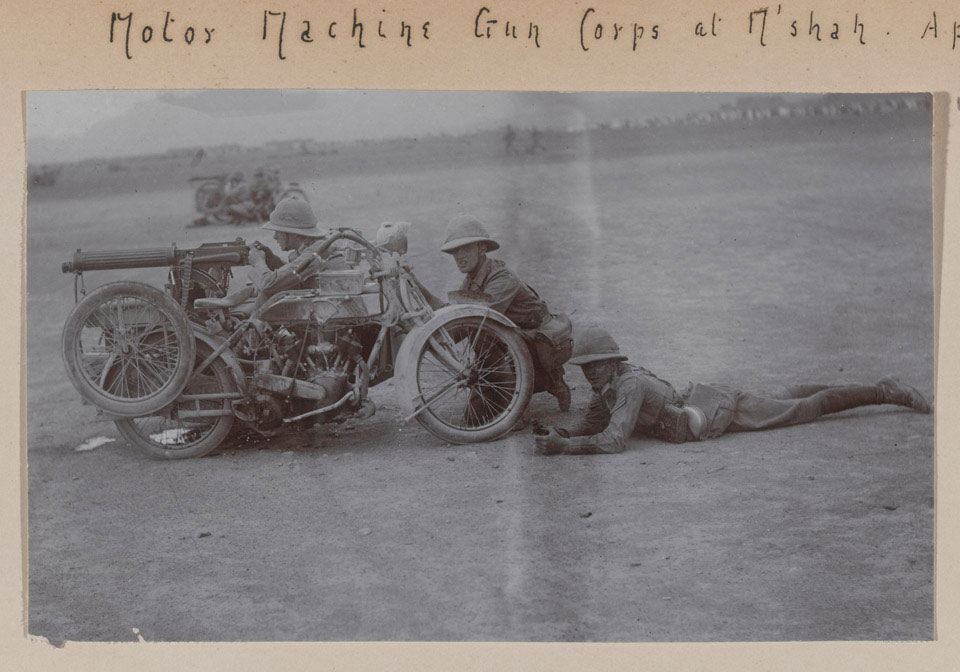 Two Motor Machine Gun Batteries, numbers 19 and 22, served during the 3rd Afghan War (1919) and the revolt in Waziristan (1919-1920). They were equipped with Matchless, Premier, Zenith, Enfield and Clyno motorcycles, many of which were fitted with Vickers machine-guns mounted on sidecars. Both units also had armoured car sections.

From an album of 367 photographs compiled by W K Fraser-Tytler (later Ambassador at Kabul).