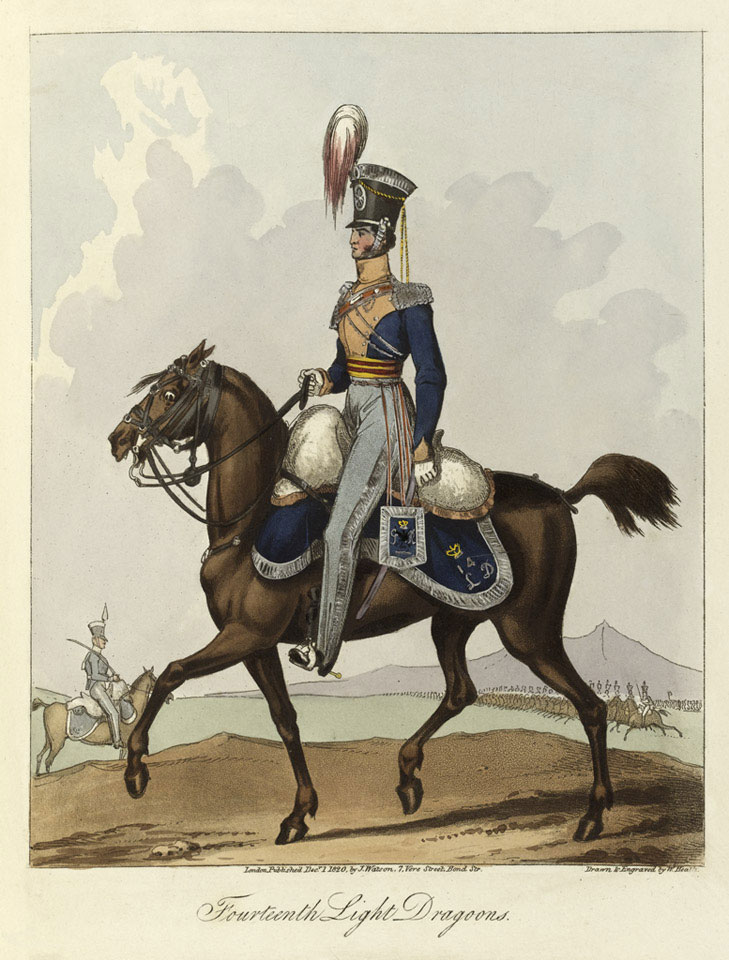 Coloured aquatint by and after William Heath, published by J Watson, Vere Street, Bond Street, London. From an album of 18 aquatints entitled 'Military Costume of the British Cavalry, 1820'.

Dragoons were originally mounted soldiers primarily intended to fight on foot, but by the late 18th century most dragoon regiments had evolved into conventional heavy cavalry units. Others, including the 14th (or Duchess of York's Own), become light dragoon regiments and later hussars. The 13th fought the forces of Napoleonic France in Spain, Portugal and France from 1808 until 1814, when it was shipped back to England. Yet within a few months it was sent to fight in the New Orleans campaign of the War of 1812.