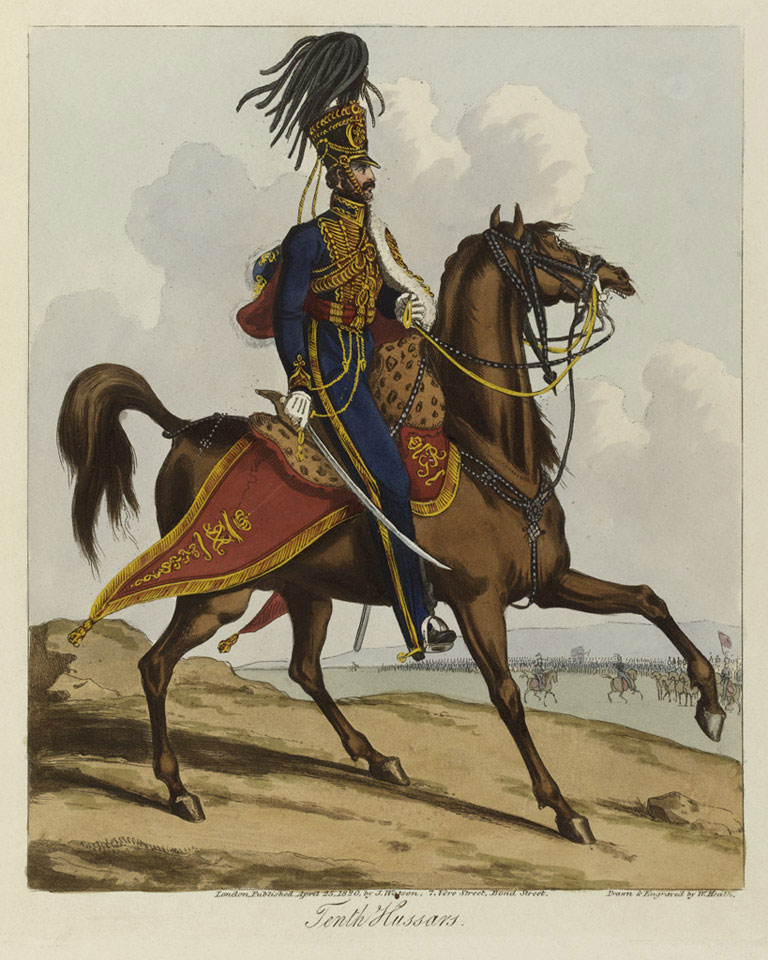 Hussars were light cavalry mounted on fast horses. They were used to fight skirmish battles and for reconnoitring. Originally Hungarian, by the mid-18th century most European armies had recruited Hussar regiments. The British Army first encountered them during the War of the Austrian Succession (1740-1748), but did not start transforming certain of its own light dragoon regiments into hussars until 1807.

From an album of 18 aquatints entitled 'Military Costume of the British Cavalry, 1820'.