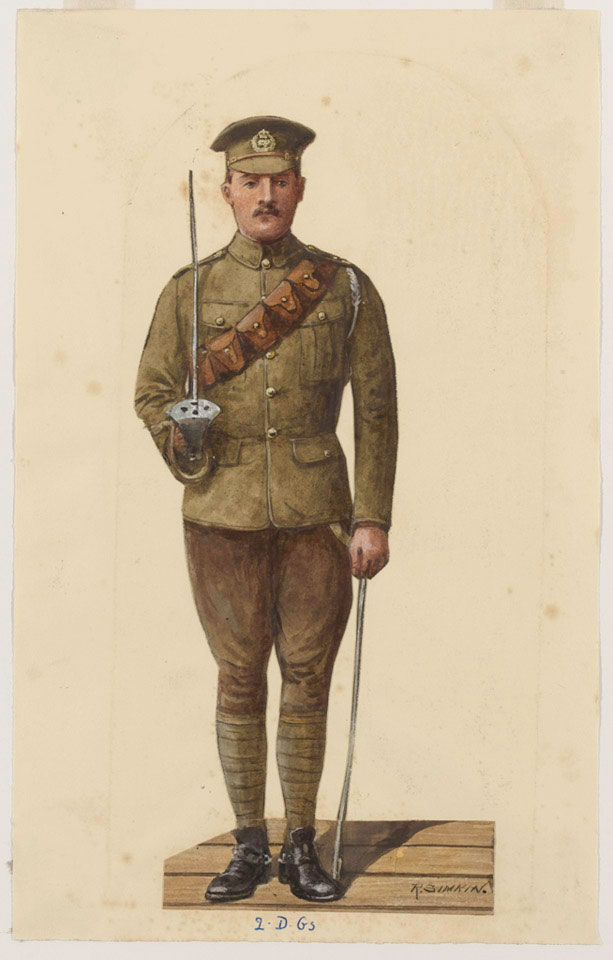 Although British cavalrymen were still armed with a sword or lance in the years leading up to World War One (1914-1918), they also carried the Short Magazine Lee Enfield Rifle. Cavalry troopers were trained to shoot with deadly effect like their infantry comrades and were thus able to fight on foot as well as in the saddle. This meant that they could perform a variety of tasks as well as the traditional cavalry charge.