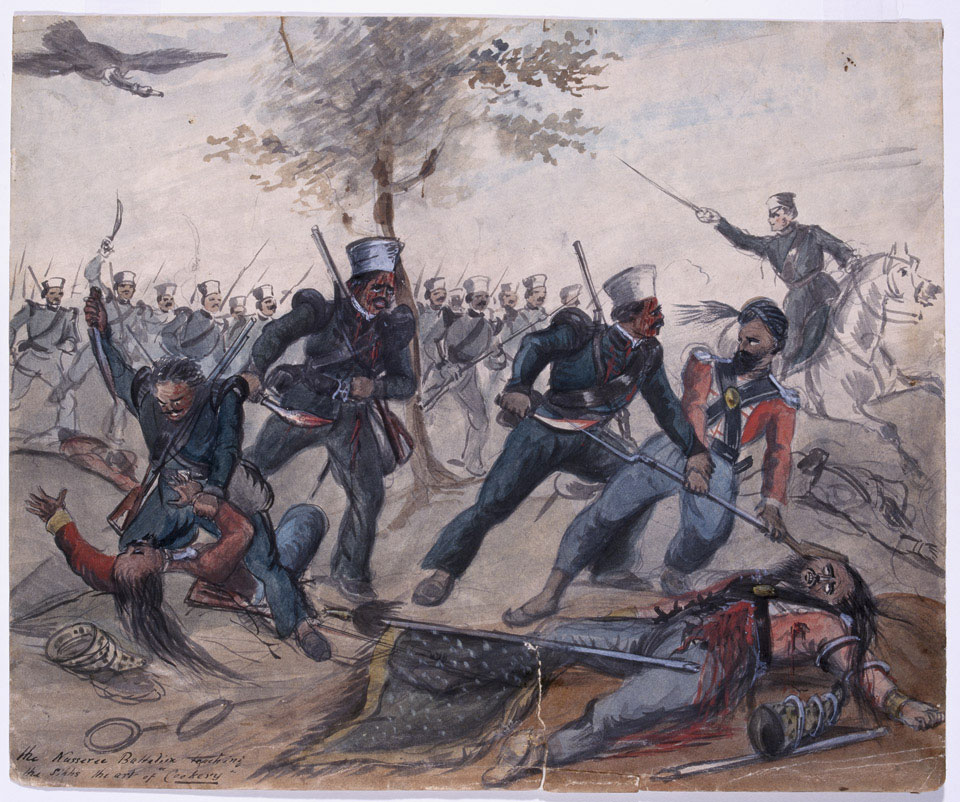 Soldiers of the 4th Nusseree (Rifle) Battalion (later 1st Gurkhas) attack Sikh infantry with their kukris. The Nusseree Battalion saw action in several battles during the 1st Sikh War (1845-1846), including the engagements at Aliwal (28 January 1846) and Sobraon (10 February 1846) which saw the Sikh forces finally defeated.

In later years, the defeated Sikhs would follow the Gurkhas' example and enter British service. Like their Nepalese counterparts, they were among the finest troops in the Indian Army. Both were 'Martial Races', a dubious designation created by officials of British India. The British had faced fierce resistance in some regions of India while they easily conquered other areas. This led them to look closely at some of the South Asian races. They described the 'Martial Races' as naturally warlike and aggressive in battle, and possessive of qualities like courage, loyalty, self-sufficiency and physical strength.