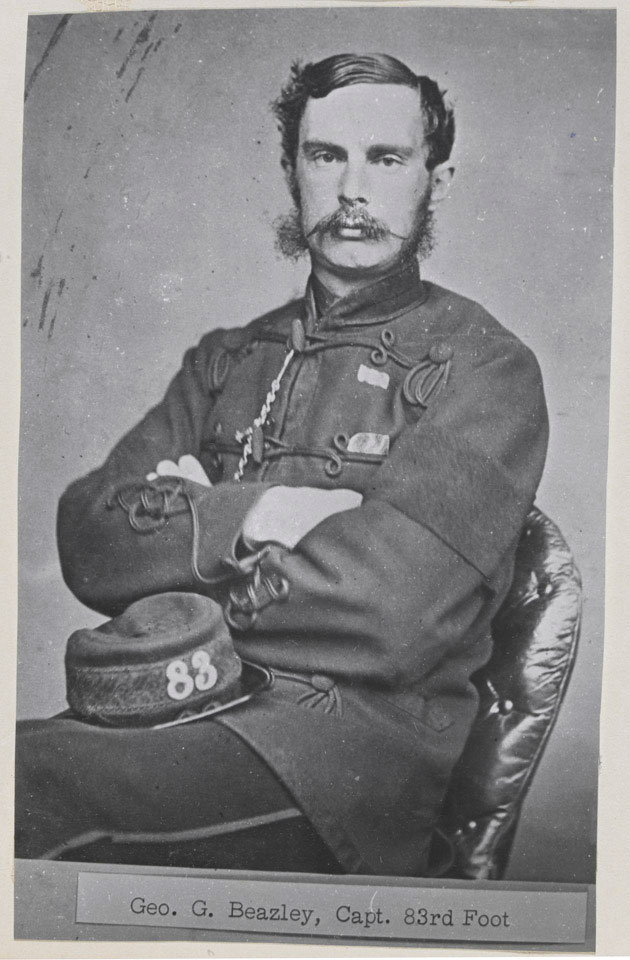 In 1862 the 83rd were at home stations having just returned from service during the Indian Mutiny (1857-59). Beazley had distinguished himself during the defeat of the Gwalior rebels at Kotana and Seckur during the Central India campaign. His unit remained in England and Ireland until 1867 when they deployed to garrison Gibraltar.