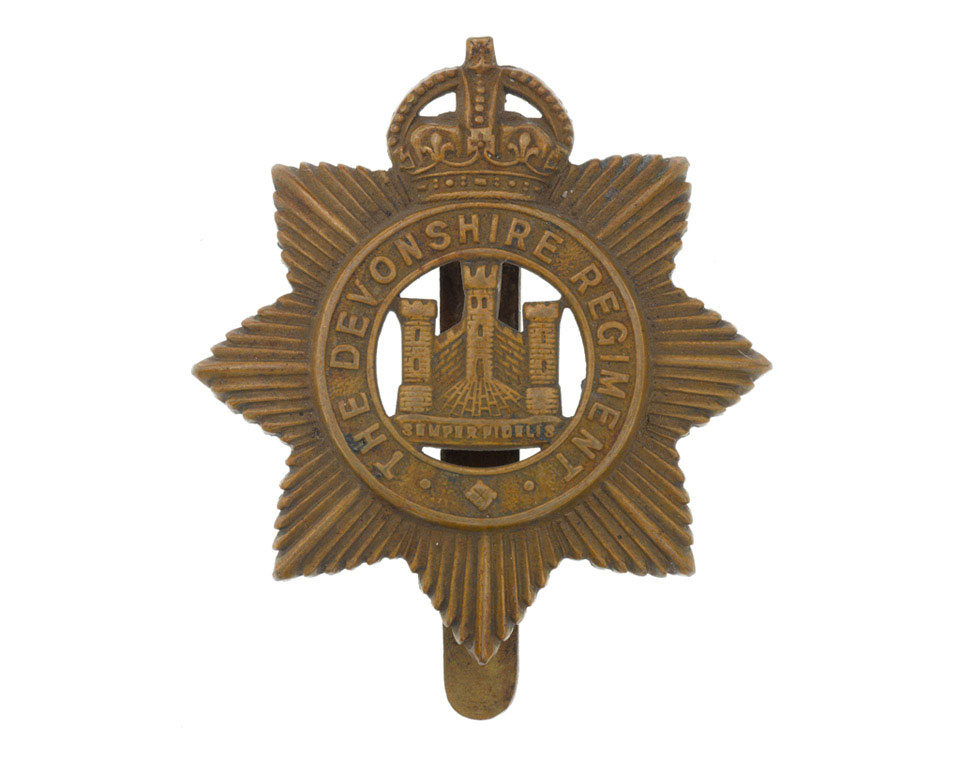 This badge consist of an eight-pointed rayed star. The uppermost point is displaced by a monarchial crown. Upon the centre of the star is a circlet, within which is a depiction of Exeter Castle above the motto 'Semper fidelis' ('Ever Faithful'). This is the motto of the city of Exeter and was adopted from the 1st Exeter and South Devon Rifle Volunteer Corps, which became one of the Devonshire Regiment's volunteer battalions in 1881. That year the regiment had been made the county regiment for Devonshire and assigned that county's militia units. It also adopted their cap badge of the castle of Exeter, granted for defending it during the English Civil War.