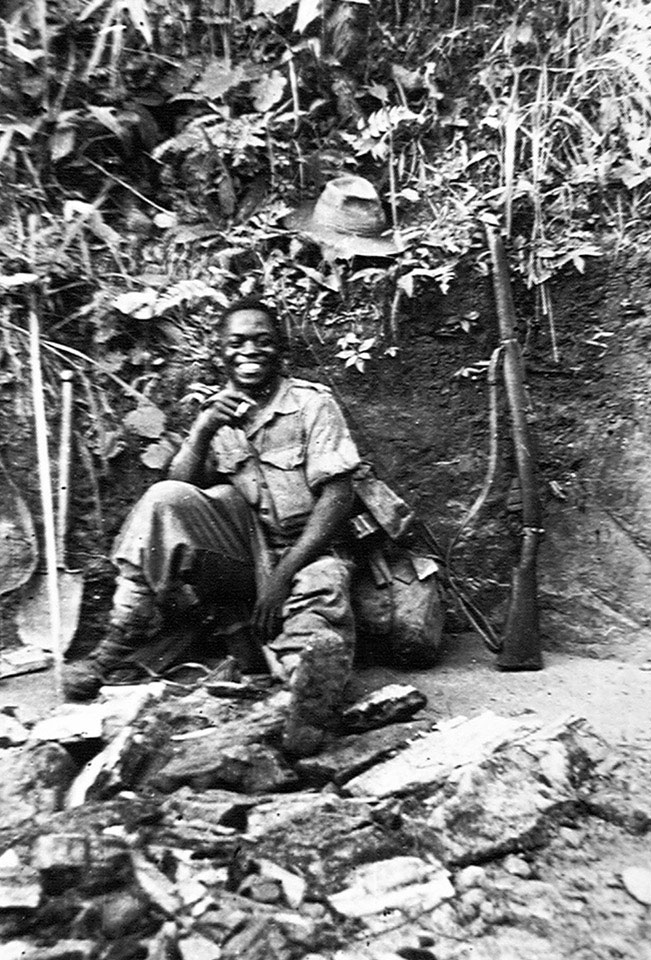 An East African askari enjoying a rest and a cigarette, Burma, 1944 (c)

Members of the West African Frontier Force, the King's African Rifles and the Northern Rhodesia Regiment won many battle honours in Burma. The Africans proved to be notable jungle fighters. Compared with Europeans, they were more resistant to tropical diseases and heat, and their sickness rates were among the lowest in the theatre.

From an album of 190 photographs associated with 11th East African Division, the King's African Rifles.