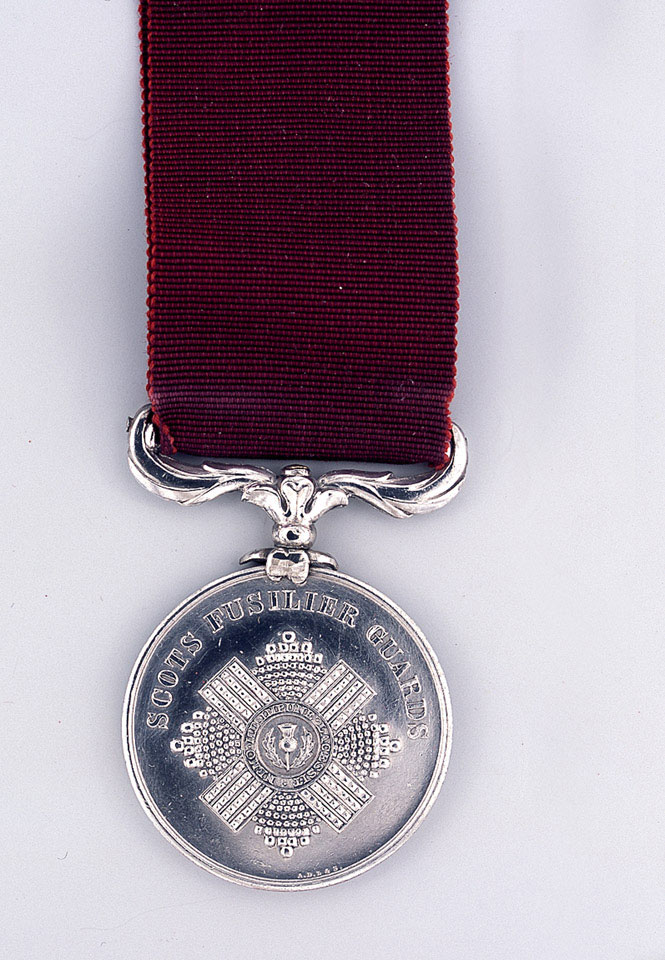 The Bentinck medal was first presented in 1855 by Major-General Sir Henry Bentinck, KCB, formerly of the Coldstream Guards and Commander of the Guards Brigade in the Crimea. He intended to issue the medal in three different strikings to selected members of the three Guards regiments who had performed outstanding service, at a time when insufficient official awards for gallantry were available. Ironically no member of the Coldstreams was ever to receive the medal, as the General had made the first presentation to the Grenadier Guards, whereupon the Coldstreams are said to have protested (on the grounds that the General, as an ex-Coldstream should have presented them with theirs first) and refused any awards.

There are believed to have been 13 awards made, seven to the Grenadier Guards, two of whose recipients would later receive the VC, and five to the Scots Fusilier Guards. The thirteenth medal went to Private John Alexander VC of the 90th Regiment of Foot (Perthshire Volunteers) (Light Infantry), who had risked his life helping to save that of an officer in the Scots Fusilier Guards, at the Redan on 6 September 1855.