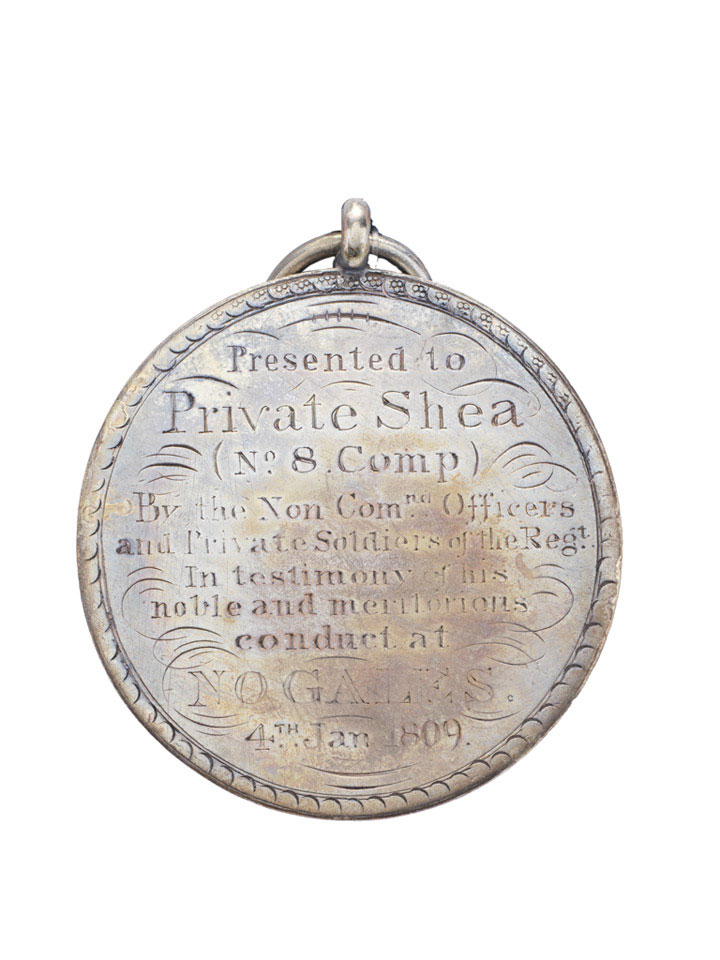 Regimental medal awarded to Private Shea by the non-commissioned officers and men of No 8 Company, 28th (The North Gloucestershire) Regiment of Foot, 1809

This medal was awarded during the Peninsular War (1808-1814) for Shea's action at Nogales, Spain on the retreat to Corunna. According to the Regiment's commanding officer, 'He had been sent forward on the Commissariat guard, and by accident discovered a quantity of very fine potatoes, and having procured a boiler, by the time he thought the regiment would arrive, had a large quantity ready boiled. This was indeed a most seasonable and unlooked for relief.'