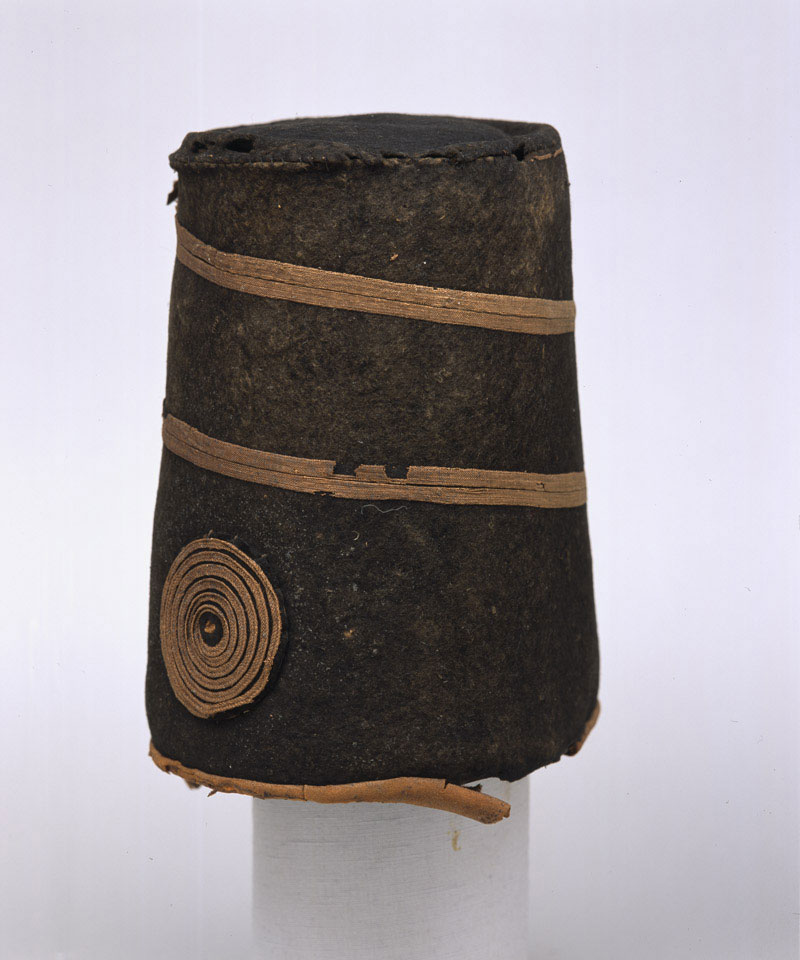 The mirliton was a type of headdress popular with the French Light Cavalry and was said to have been inspired by an Oriental headdress. The cap was also worn by German troops where it was known as 'Flugelmutze' or 'winged cap', the wing was formed by a cloth tail hanging free from the crown. The tail appears not to have been worn by the 11th Light Dragoons.