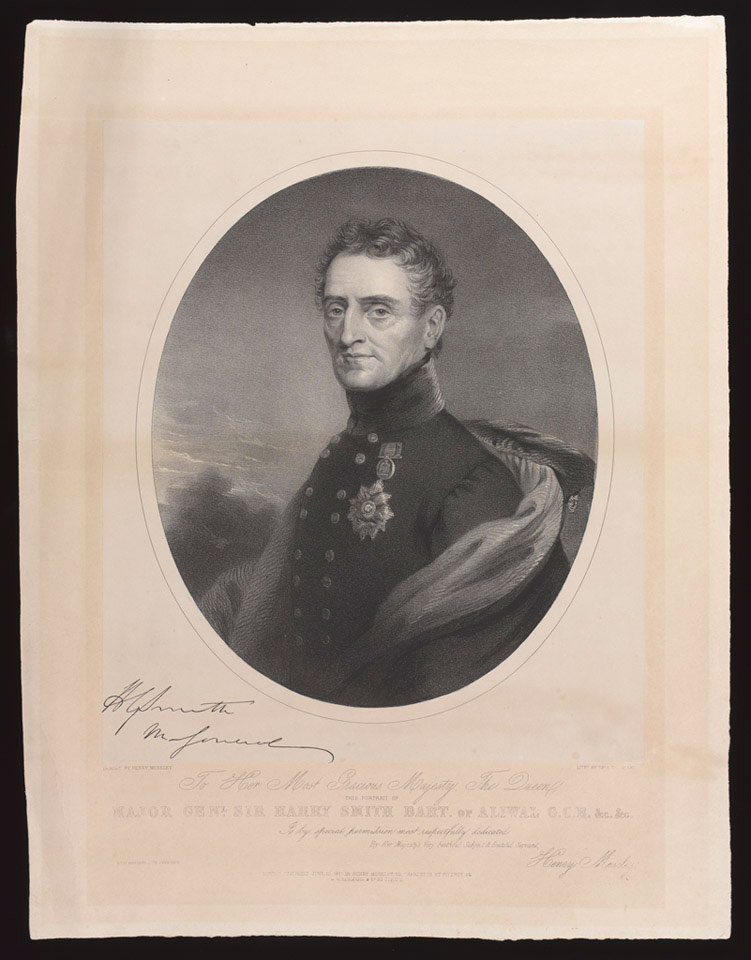 General Sir Harry Smith (1787-1860), a veteran of the Napoleonic Wars, was deputy adjutant general to the army in India when he won his most famous victory at the Battle of Aliwal on 28 January 1846 during the First Sikh War (1845-1846). His British-Indian force took on the 'Khalsa', the Sikh army of the Punjab. The engagement ended in a decisive British victory and is seen by some as a 'near perfect battle'. Smith received a knighthood for his victory and was later appointed governor of the Cape Colony.