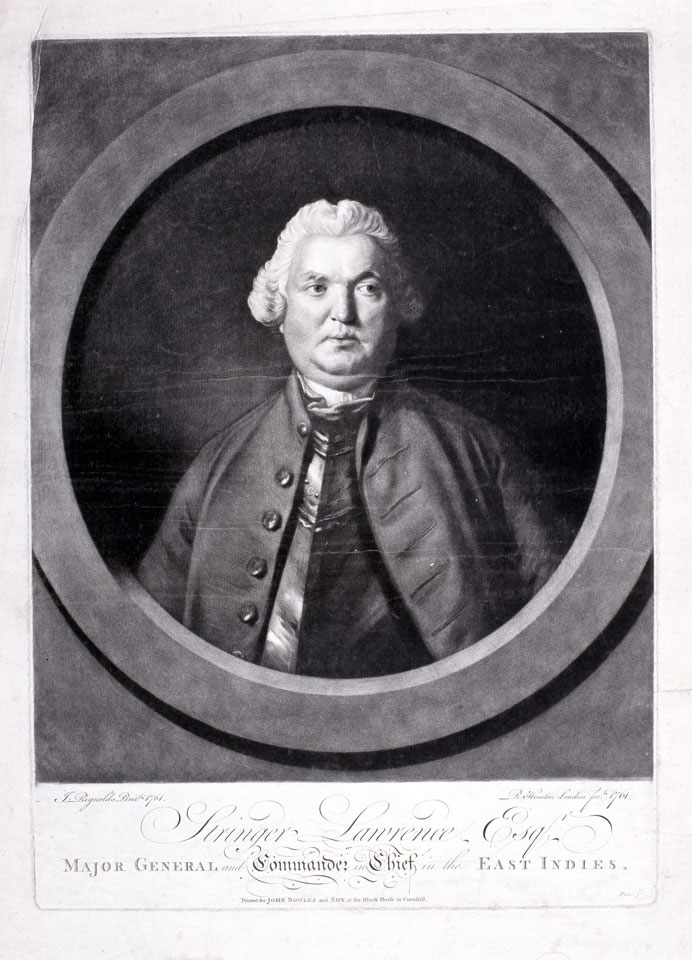 Major-General Stringer Lawrence, the first Commander in Chief in India, 1761

Mezzotint by Richard Houston after Sir Joshua Reynolds, printed for John Bowles and Son at the Black Horse, Cornhill, London, 1761.

A native of Hereford, Stringer Lawrence (1697-1775) was appointed an ensign in General Jasper Clayton's Regiment of Foot in 1727. In 1748 the 50 year old veteran of Culloden (1746) was sent out to India with a commission as major to command the East India Company's European and Indian troops. During the long struggle between Britain and France for supremacy in India, he waged a number of hard fought campaigns. Renowned as 'The Father of the Indian Army', he was a patron of the young Robert Clive. In 1759, the state of his health forced him to leave India.