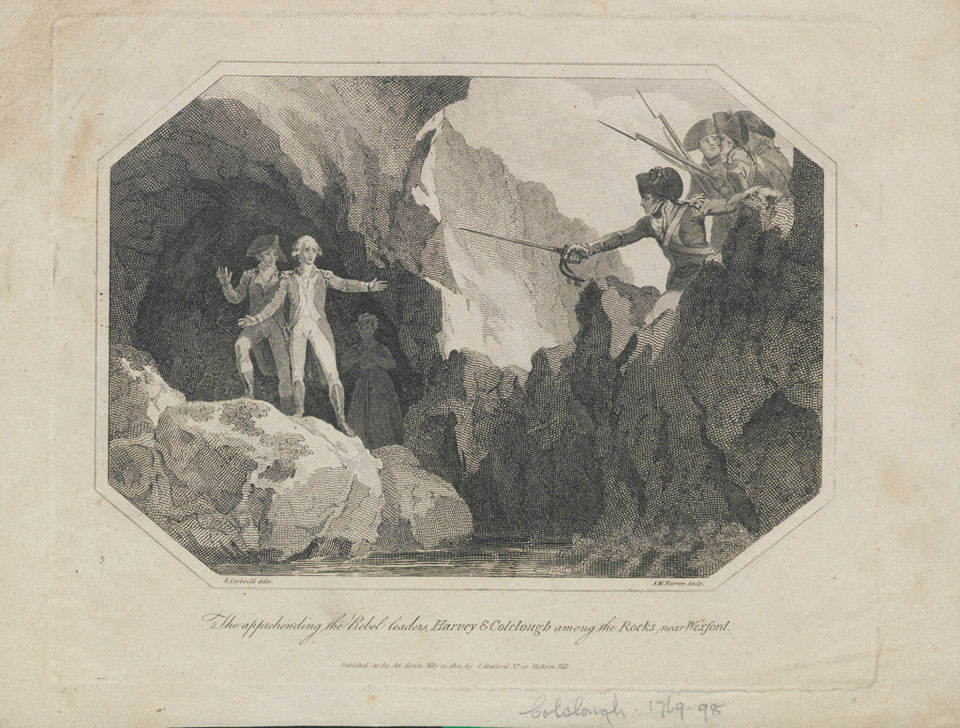 Apprehending the Rebel leaders, Harvey and Colclough among the Rocks near Wexford

Bagenal Beauchamp Harvey and John Henry Colclough were prominent leaders of the Irish Rebellion of 1798. When the rebellion was crushed by the British at the Battle of Vinegar Hill on 21 June, both attempted to flee. They took refuge on the Greater Saltee Island, but were hunted down and found hiding in cave disguised as peasants. They were both tried by court-martial, found guilty and hanged on Wexford Bridge. Their heads were displayed on pikes and their bodies thrown into the river, before being recovered and buried by their supporters.