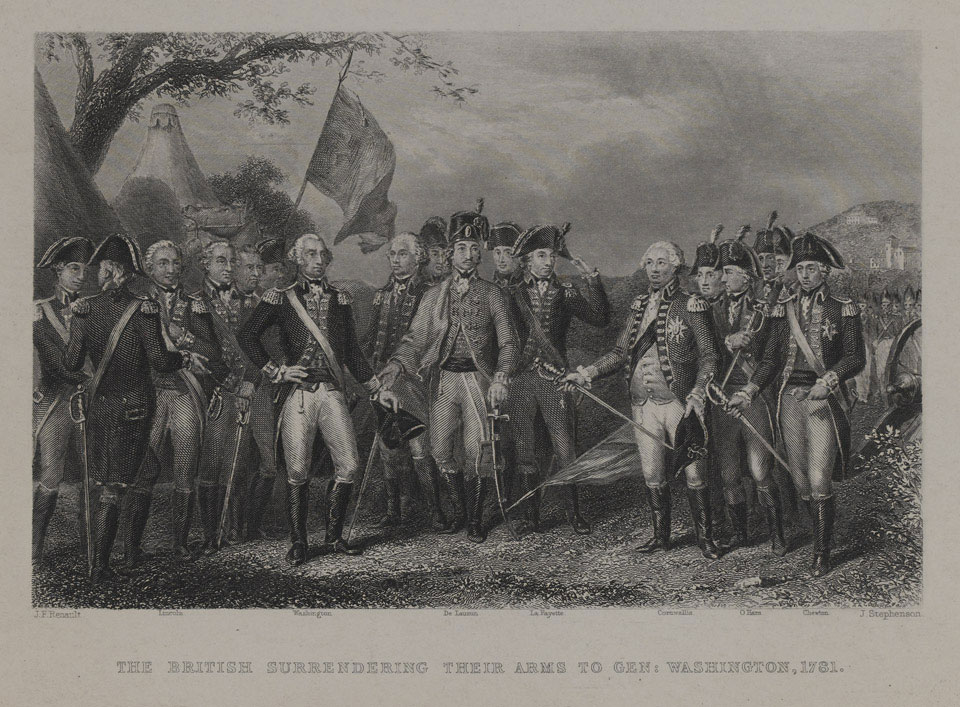 'The British Surrendering their Arms to General Washington', 1781

In 1781 Lord Cornwallis advanced into Virginia, but ran into two fresh American armies. He won a series of minor victories against them, but short of supplies, he was forced to withdraw to the port of Yorktown where he hoped he would be supported by the Royal Navy. Cornwallis was soon besieged by a Franco-American force of 17,000 men. The arrival of a French fleet in Chesapeake Bay in September 1781 sealed his fate. With no prospect of relief, and under fire from land and sea, Cornwallis asked for terms. On 19 October 1781 he surrendered.

Yorktown was not the end of the American War of Independence (1775-1783). The British still had 30,000 troops in North America and still occupied New York, Charleston and Savannah. Fighting continued on land and at sea. But Yorktown finally convinced the British that, faced with their world-wide commitments, the war was unwinnable. Peace negotiations were opened in April 1782 and concluded with the Treaty of Paris in September 1783 when Britain recognised the independence of the United States.