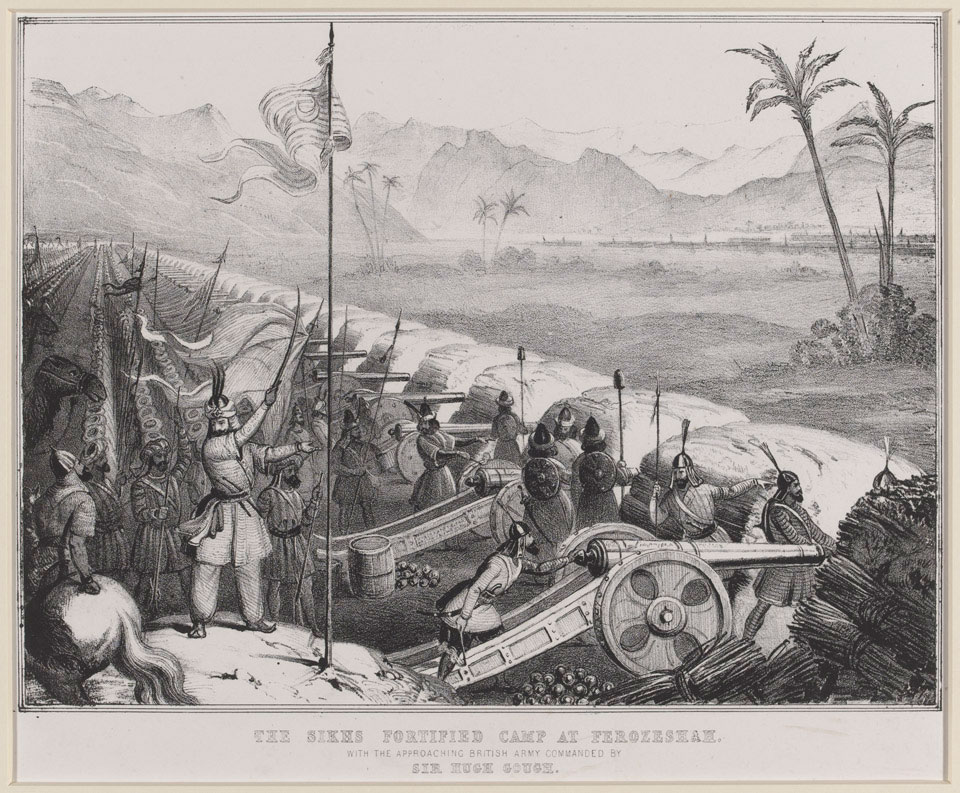 Lithograph published by Blackwood and Page.

The print shows a battery of Sikh artillery on the first day of the battle.