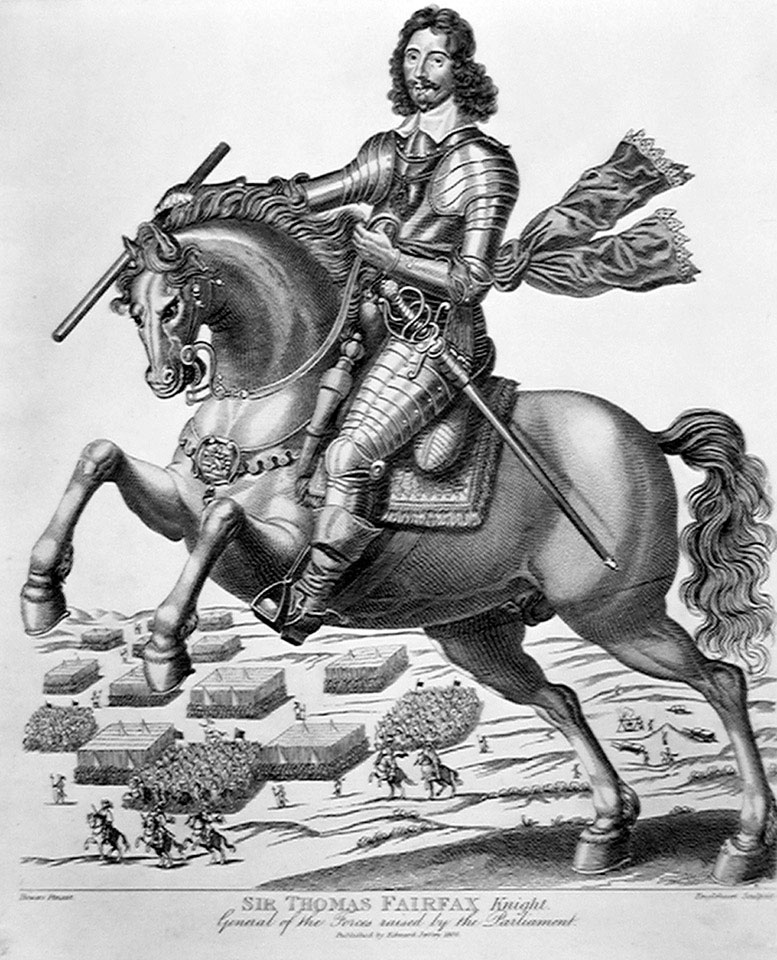 Fairfax had fought briefly for the Dutch in the Netherlands. In the crisis of 1641-42, he was one of the moderates who were anxious for agreement between King and Parliament.

In 1644, Fairfax defeated the Royalist forces at the Battle of Nantwich (25 January) and commanded the right wing of the Parliamentarian army at the Battle of Marston Moor (2 July). The following February he was appointed Captain General of the New Model Army, later winning the crucial victories of Naseby (6 June) and Langport (10 July).

With the fighting over, Fairfax still hoped for a settlement with Charles I. He refused to participate in trial and execution of the King, and resigned his command in 1650.