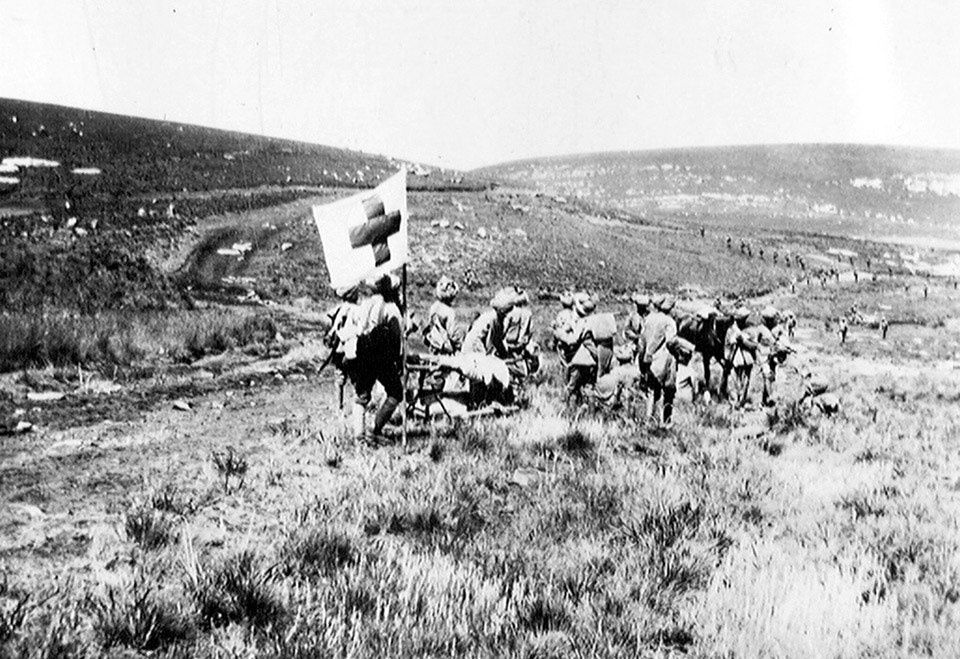 Although the Indian Army was not deployed to South Africa during the Boer War, a small number of Indian stretcher bearers and servants did take part in the campaign, including Mohandas Karamchand Gandhi, later Mahatma Gandhi, who led India to independence. Ghandi played a prominent part in organising an Indian Ambulance Corps of 300 free Indians and 800 indentured workers from the sugar estates who were sent to the front by their employers. The Corps, which consisted principally of dhoolie (stretcher) bearers, assisted the wounded at Colenso (1899) and Spion Kop (1900) and several other battles.

From an album of 95 photographs compiled by Captain A W Speyer, relating the Devonshire Regiment and Royal Artillery.