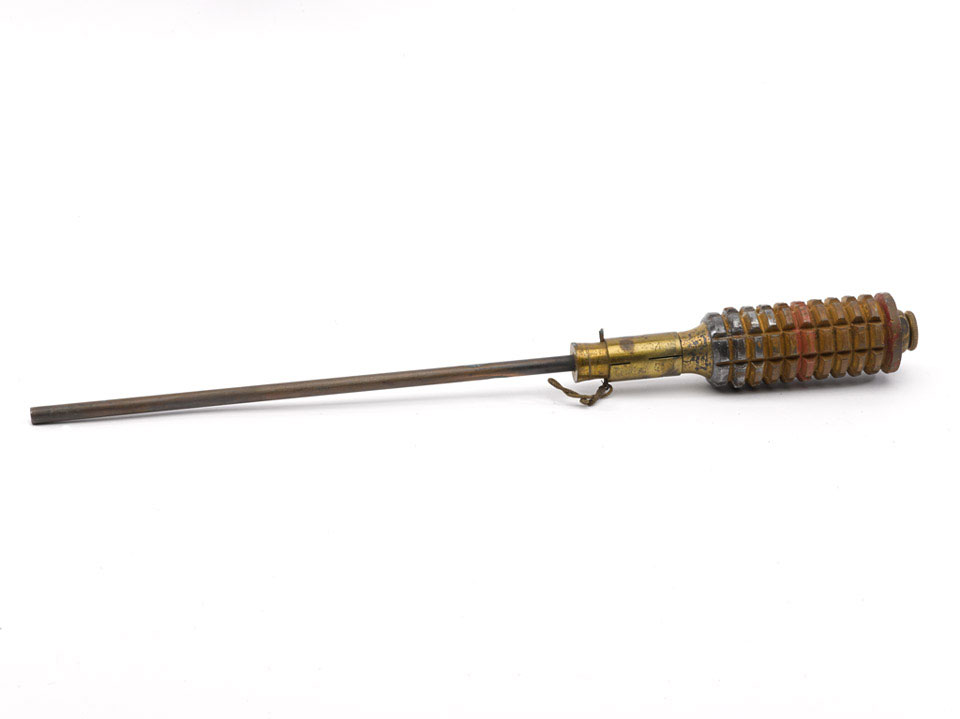 Made by the Western Electric Company, this consists of a rod attached to a grenade and was inserted into the barrel of a standard rifle. Firing a blank cartridge launched the device. As the war developed, rifle grenades were modified to carry smoke, incendiary devices, flares and anti-tank warheads, as well as high explosive.