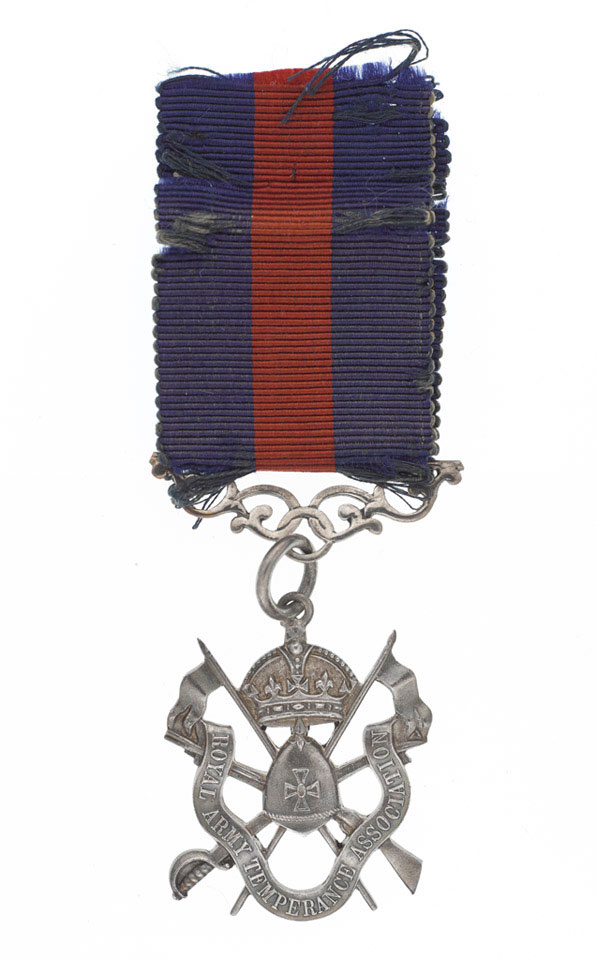 Silver open-work medal with a helmet with a cross pattee badge on crossed lances and a crossed rifle and sword, surmounted by a crown, with a scroll below bearing the inscription, 'Royal Army Temperance Association'. The medal is suspended from a maroon and dark blue ribbon.

One of the rewards the Association provided to its members were medals that recognised their commitment to temperance. Some medals continued to be issued after organisational name changes were made as updated replacements were not always immediately available. This medal was awarded for ten years of abstinence from alcohol.

Dating from around 1905, this medal replaced a similar medal issued by the Army Temperance Association, India, and a version produced by the Home Association. The former was known as 'The Roberts' Medal', named after Field Marshal Lord Roberts.