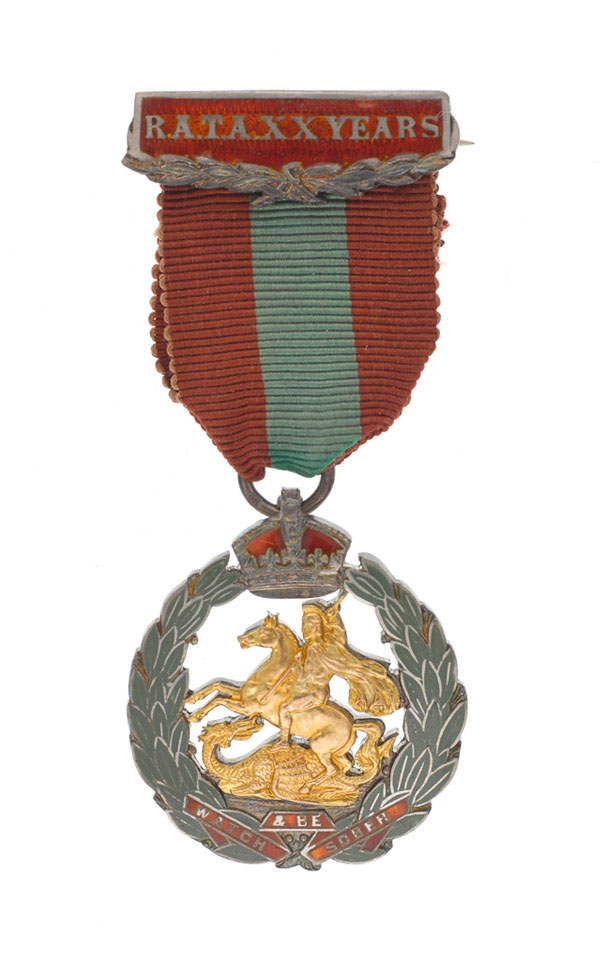 Silver, gold and enamel badge with an open-work centre with the figure of St George slaying the dragon surmounted by a crown, within a wreath with a scroll bearing the motto, Watch & be Sober'. The medal is suspended from a maroon and grey ribbon with a bar bearing the inscription, 'RATA XX Years'.

One of the rewards the Association provided to its members were medals that recognised their commitment to temperance. Some medals continued to be issued after organisational name changes were made as updated replacements were not always immediately available. This medal was awarded for twenty years of abstinence from alcohol and was awarded during World War One (1914-1918).