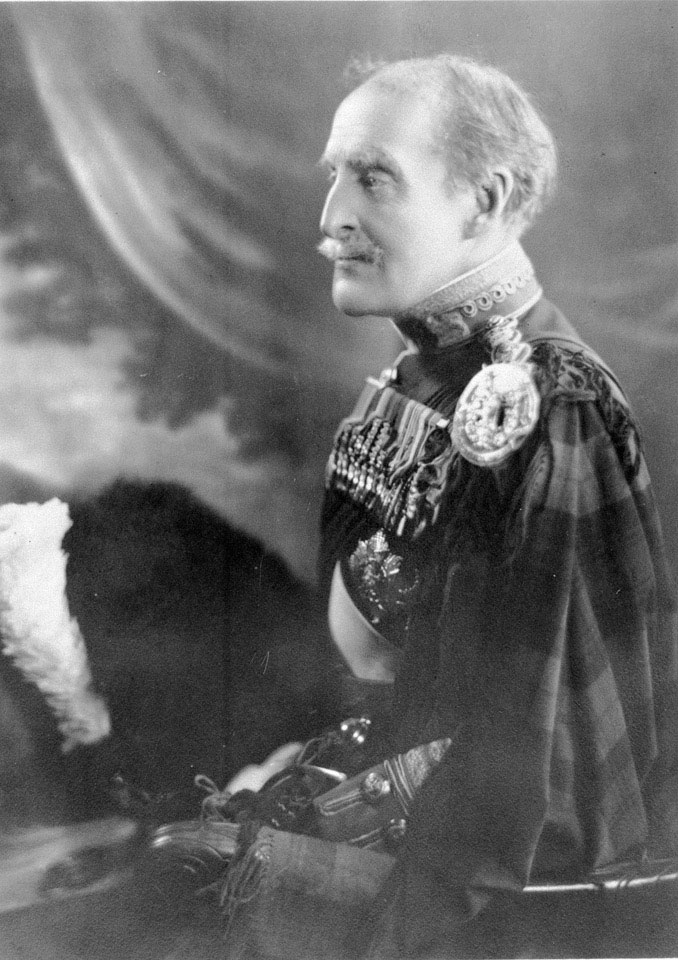 General Sir Ian Hamilton in the full dress of a colonel of The Gordon Highlanders, 1914

General Sir Ian Hamilton (1853-1947) served in several colonial campaigns before being placed in charge of the Mediterranean Expeditionary Force. Tasked with leading a hastily planned invasion at Gallipoli in April 1915 that underestimated the Ottoman defences, Hamilton lacked specialised landing craft and had to lead a disparate body of troops, few of who were trained for this type of warfare.

Hamilton spent six months at Gallipoli, but made little progress in breaking out of the beachheads his men had secured, while incurring severe casualties. He nevertheless remained optimistic with regard to the overall success of the plan, to the point of opposing moves in London to evacuate. Faced with logistical difficulties and a shortage of troops he was eventually made a scapegoat for the failure of the operation. Hamilton was recalled to London on 16 October 1915. This effectively ended his military career.