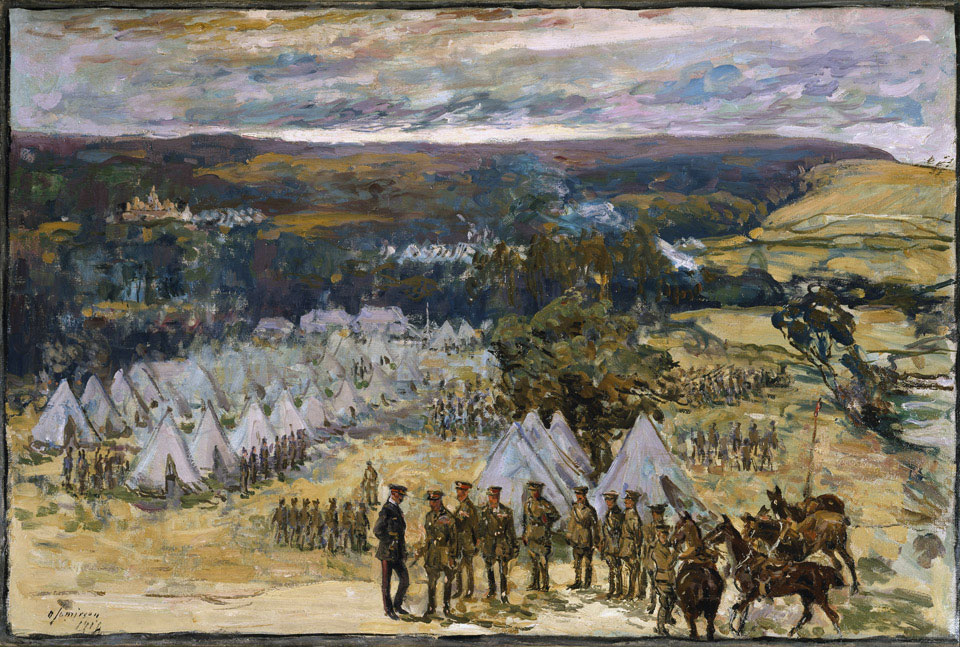 The 10th (Service) Battalion York and Lancaster Regiment, was formed at Pontefract, Yorkshire in September 1914 as part of Lord Kitchener's 'New Army'. Service battalions were formed especially for the First World War (1914-1918) and were disbanded at the conclusion of hostilities. Since conscription was not introduced until 1916, their members would all have been volunteers. This battalion was stationed at Halton in Buckinghamshire until August 1915, whilst undergoing training. It saw action at the Battles of Loos (25 September-14 October 1915), the Somme (24 June-13 November 1916) and Arras (9-15 April 1917), and was eventually disbanded in February 1918.