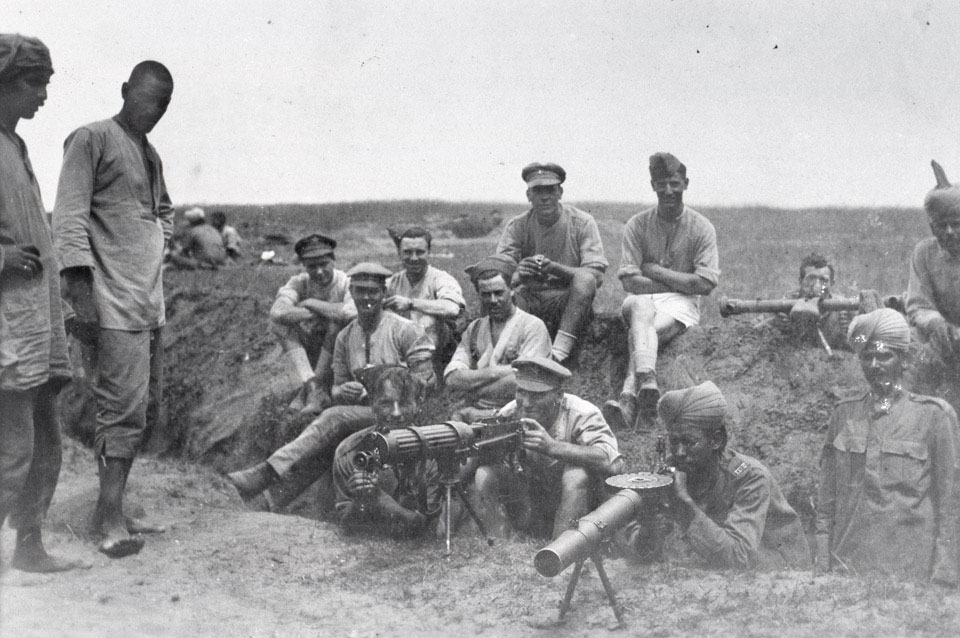 By the end of 1918 the British had deployed 112,000 combat troops in the Mesopotamia theatre. The vast majority of the 'British' forces in this campaign were recruited from India.

From an album compiled by Lieutenant Kindom relating to 7th Meerut Division.