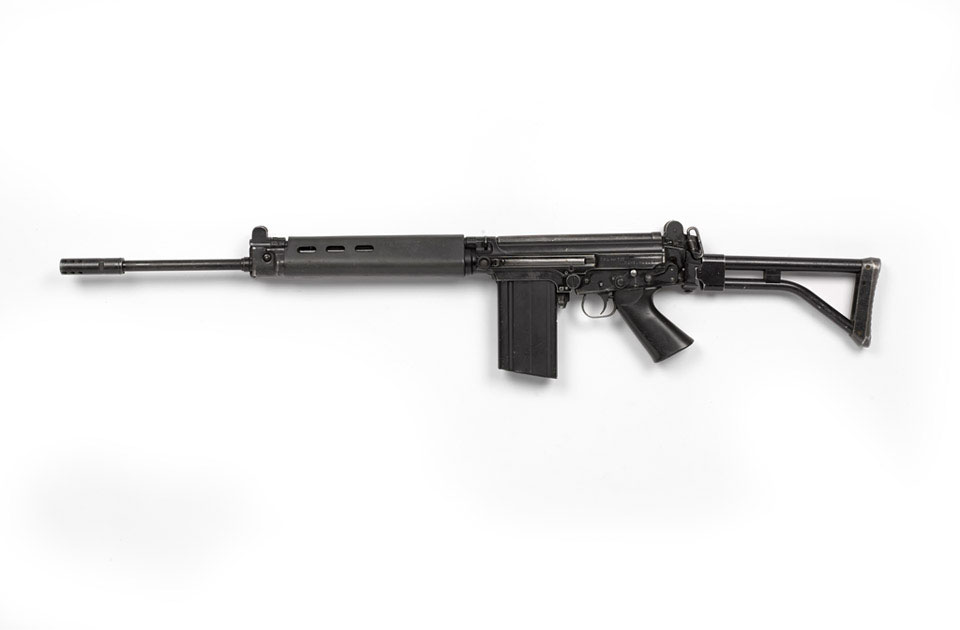 The standard North Atlantic Treaty Organisation (NATO) calibre rifle was manufactured in Argentina under licence from FN in Belgium. This particular model has a folding stock and large flash eliminator, which was found to be more effective than the British equivalent during night fighting in the Falklands. Argentine FALs (Fusil Automatique Légèr) had the facility for fully automatic fire, unlike British rifles which had single or rapid fire only. Inadequate cleaning rendered many of the Argentine conscripts' weapons ineffective.